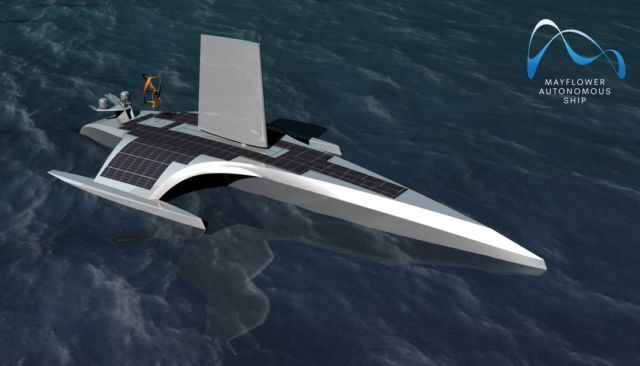 Tests begins on the autonomous ‘Mayflower’ solar-powered ship for its Atlantic crossing, to recreate 3,000-mile, 1620 journey.

Autonomous ‘Mayflower’ unveiled in 2017, will start trial missions for the 3,000 mile journey, the original ship realized in 1620. 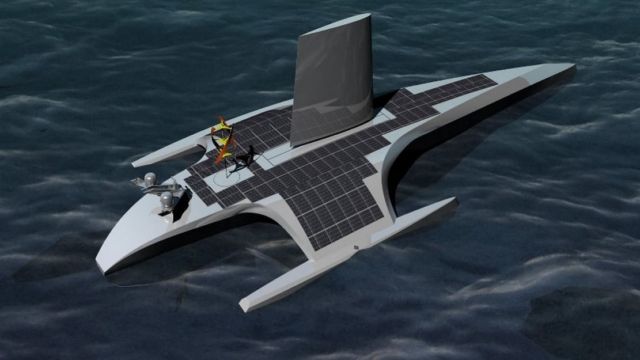 The 15-meter autonomous trimaran will do several trips over the next six months and then will take the same route as the original sailing boat did across the Atlantic, 400 years ago.

The autonomous research vessel Mayflower (MARS for short) is led by marine research organization ProMare and IBM, will also collecting scientific data on the ocean.

The solar-powered boat is expected to begin tests off the south coast of England and will be unveiled on September 16, the 400th anniversary of Mayflower.

The transatlantic voyage will take place on April 2021. 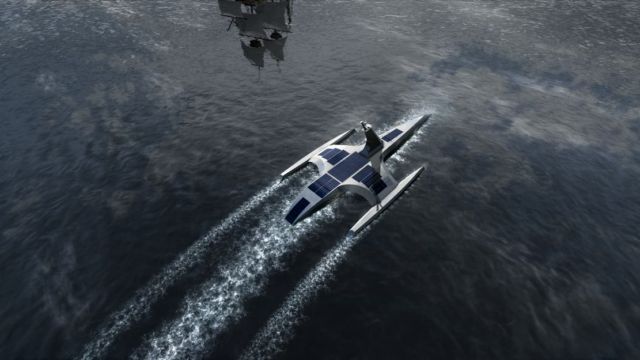 Goetz Linzenmeier, founder of Aluship, which built the hull, explained:

“One common thing on both projects was really a sense of adventure. The original Mayflower had people believing in a special future and putting their lives at risk.

In this new Mayflower this is also a technological adventure, fortunately no life is at risk.”

The Mayflower’s new generation research ship mission, is to study our oceans. 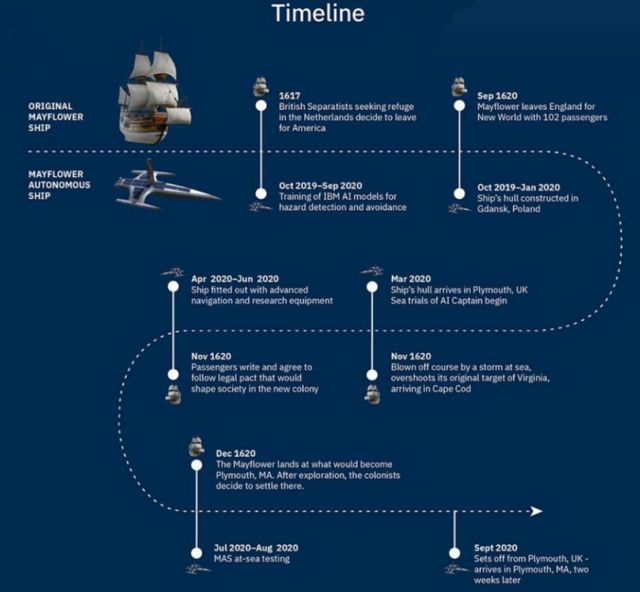 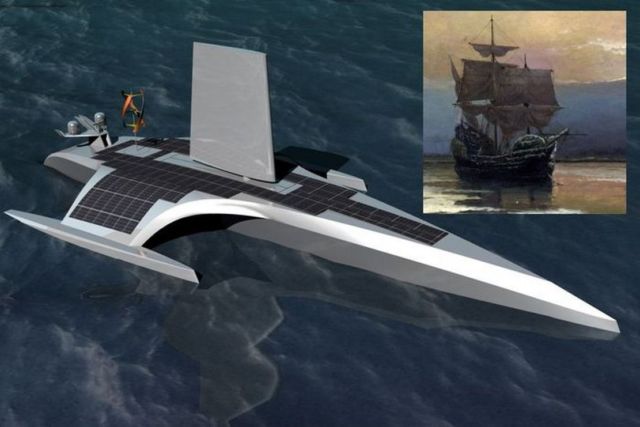 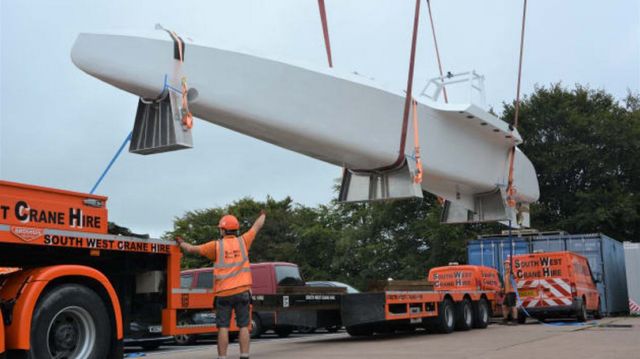