Home/Posts/SCIENCES/Astronomy/Lunar Occultation of Mars
Previous Next 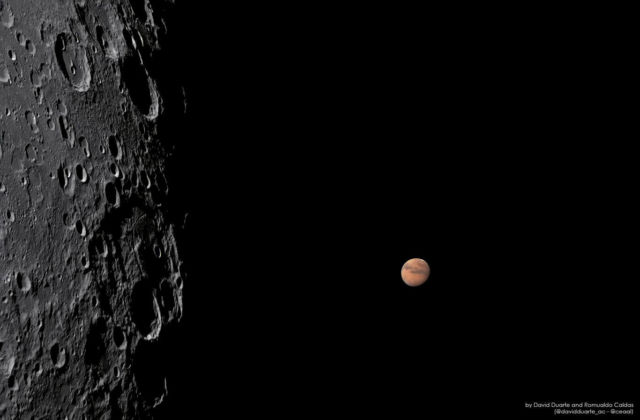 The Lunar occultation came as the Moon was near apogee, about 400,000 kilometers away. Mars was almost 180 times more distant.

Here is one of the images taken by me during the Reappearance of the planet Mars from its Occultation by the Moon on 6th September 2020, as seen from Maceió, the capital city of Alaboas, in Brazil.

At that moment (about 04:39 UTC), Mars had just been totally out from behind the Lunar dark limb.