Home/Posts/SCIENCES/Astronomy/Microscopic wormholes may exist
Previous Next 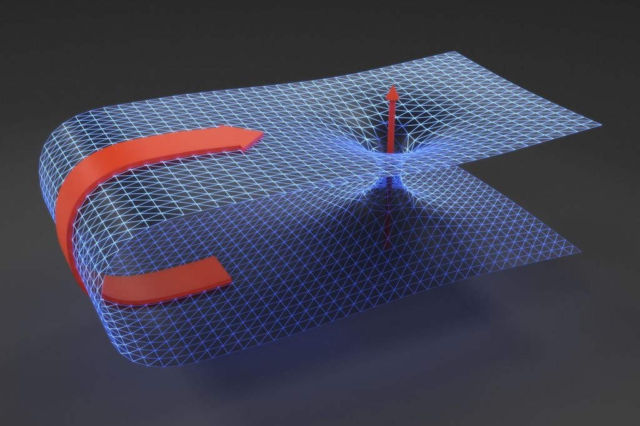 Oldenburg physicists explore the possibility of microscopic wormholes in spacetime.

Wormholes play a key role in many science fiction films – often as a shortcut between two distant points in space. In physics, however, these tunnels in spacetime have remained purely hypothetical. An international team led by Dr. Jose Luis Blázquez-Salcedo of the University of Oldenburg has now presented a new theoretical model in the science journal Physical Review Letters that makes microscopic wormholes seem less far-fetched than in previous theories.

Wormholes, like black holes, appear in the equations of Albert Einstein’s general theory of relativity, published in 1916. An important postulate of Einstein’s theory is that the universe has four dimensions – three spatial dimensions and time as the fourth dimension. Together they form what is known as spacetime, and spacetime can be stretched and curved by massive objects such as stars, much as a rubber sheet would be curved by a metal ball sinking into it. The curvature of spacetime determines the way objects like spaceships and planets, but also light, move within it. “In theory, spacetime could also be bent and curved without massive objects,” says Blázquez-Salcedo, who has since transferred to the Complutense University of Madrid in Spain. In this scenario, a wormhole would be an extremely curved region in spacetime that resembles two interconnected funnels and connects two distant points in space, like a tunnel. “From a mathematical perspective such a shortcut would be possible, but no one has ever observed a real wormhole,” the physicist explains.

Moreover, such a wormhole would be unstable. If for example a spaceship were to fly into one, it would instantly collapse into a black hole – an object in which matter disappears, never to be seen again. The connection it provided to other places in the universe would be cut off. Previous models suggest that the only way to keep the wormhole open is with an exotic form of matter that has a negative mass, or in other words weighs less than nothing, and which only exists in theory.

Image: A traversable wormhole would be a shortcut through space.  Credit ESO/L. Calçada