Mirror Universe created at the same time as the Big Bang

Mirror Universe created at the same time as the Big Bang Scientists by observing mysterious particles in Antarctica, may have spotted a parallel Universe where time runs backward.

Strange particles observed by scientists in Antarctica suggesting they came from a mirror universe created at the same time as the Big Bang.

University of Hawaiʻi at Mānoa Professor of physics Peter Gorham, along with a team of researchers, discovered new evidence that suggests some Antarctic particles do not fit the standard model of physics. The particles were detected with the Antarctic Impulsive Transient Antenna (ANITA).

Above: Gorham and his team are still working on analyzing their data and hope to return to Antarctica for further data collection.   Credit University of Hawai

ANITA, a stratospheric balloon payload flying over the Antarctic, was designed to detect cosmic-ray air showers through radio-wave signals on their way down or back up after bouncing off the ice. During flights in December 2006 and December 2014, ANITA detected a fountain of high-energy particles erupting from the ice that resembles an upside-down cosmic-ray shower.

“What we saw is something that looked just like a cosmic ray, as seen in reflection off the ice sheet, but it wasn’t reflected,” said Gorham. “It was as if the cosmic ray had come out of the ice itself. A very strange thing. So we published a paper on that, we just suggested that this was in pretty strong tension with the standard model of physics.” 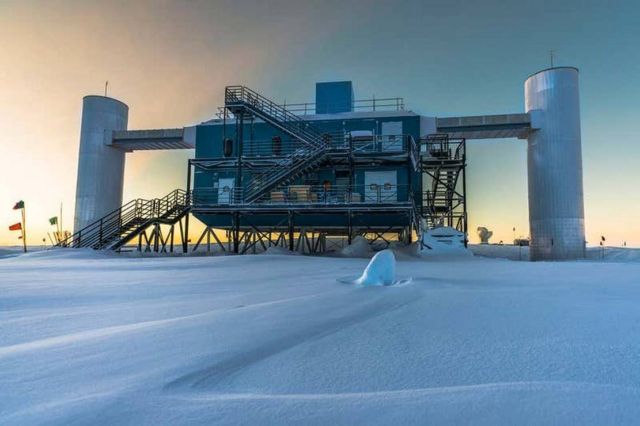