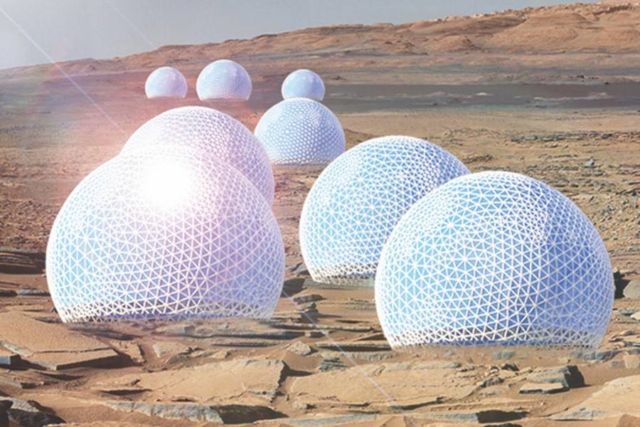 Mars City Design hosts a competition for the design of unique concept-cities, for the day when humans attempt to live the Red Planet.

An MIT team developed a design concept addressing this question as part of Mars City Design 2017, an international competition focused on sustainable cities on Mars, to be built in the next century.

MIT’s winning urban design, titled Redwood Forest, creates domes or tree habitats that can each house up to 50 people. The domes provide open, public spaces containing plants and abundant water, which would be harvested from the northern plains of Mars. The tree habitats sit atop a network of underground tunnels, or roots, providing access to private spaces and easy, shirt-sleeve transportation to the other tree habitants in the community of 10,000. In addition to connectivity, the roots offer residents protection from cosmic radiation, micrometeorite impacts, and extreme thermal variations. 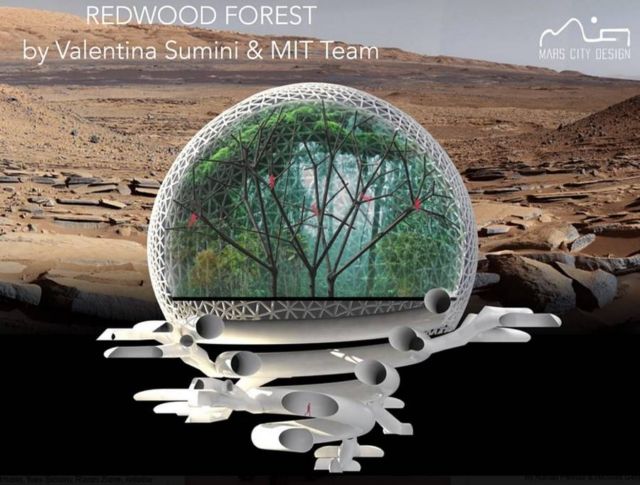