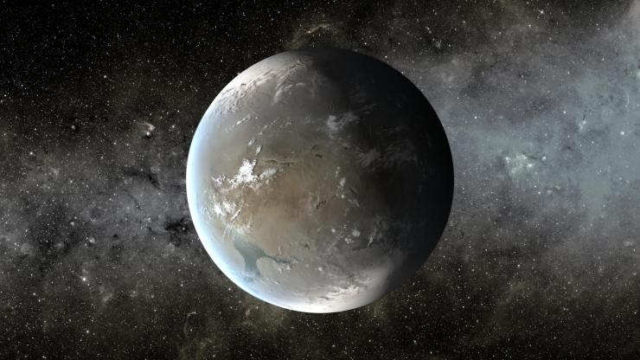 New research into spin dynamics on Earth-like Exoplanets, suggests that are indeed Earth-like, they have regular seasons and stable climates.

A new study from the Georgia Institute of Technology provides new clues indicating that an exoplanet 500 light-years away is much like Earth.

Kepler-186f is the first identified Earth-sized planet outside the solar system orbiting a star in the habitable zone. This means it’s the proper distance from its host star for liquid water to pool on the surface.

The Georgia Tech study used simulations to analyze and identify the exoplanet’s spin axis dynamics. Those dynamics determine how much a planet tilts on its axis and how that tilt angle evolves over time. Axial tilt contributes to seasons and climate because it affects how sunlight strikes the planet’s surface.

The researchers suggest that Kepler-186f’s axial tilt is very stable, much like the Earth, making it likely that it has regular seasons and a stable climate.

The team thinks the same is true for Kepler-62f, a super-Earth-sized planet orbiting around a star about 1,200 light-years away from us.

“Mars is in the habitable zone in our solar system, but its axial tilt has been very unstable — varying from zero to 60 degrees. That instability probably contributed to the decay of the Martian atmosphere and the evaporation of surface water.”