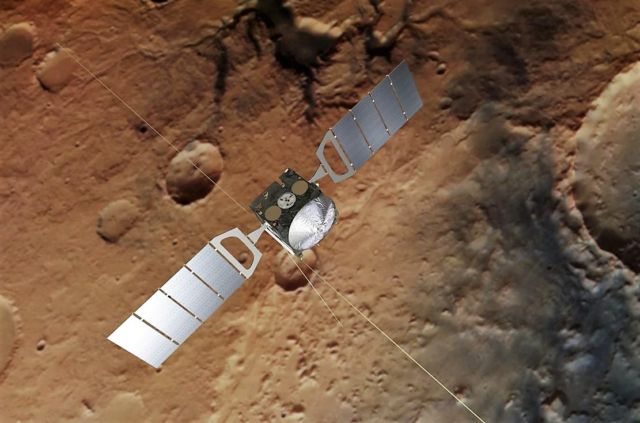 ESA’s Mars Express spacecraft has discovered several ponds of liquid water buried under the ice in the south polar region of Mars.

The spacecraft’s radar instrument, MARSIS (Mars Advanced Radar for Subsurface and Ionosphere Sounding), revealed one underground reservoir in 2018, buried about 1.5 km below the ice. Now, taking into account more data and analyzing it in a different way, three new ponds have been discovered.

Above: Illustration of Mars Express, that discovered more subsurface ponds of liquid water on the Red planet. Credit ESA

The largest underground lake measures about 20 x 30 km, and is surrounded by several smaller ponds. The water is thought to be very salty in order for it to remain liquid at cold temperatures.

Mars was once warmer and wetter with water flowing across the surface, much like early Earth. While it is not possible for water to remain stable on the surface today the new result opens the possibility that an entire system of ancient lakes might exist underground, perhaps millions or even billions of years old.

They would be ideal locations to search for evidence of life on Mars, albeit very difficult to reach.Subglacial lakes are also known on Earth, like Lake Vostok in Antarctica. 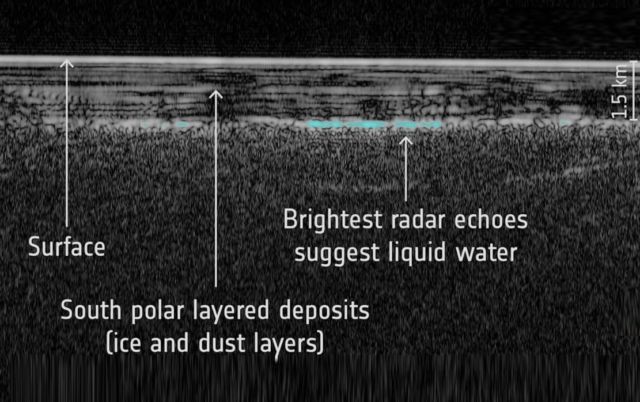 They may harbour unique ecosystems, providing useful analogies for astrobiologists exploring how life can survive in extreme environments.

The techniques used to analyse the radar data on Mars are similar to those used in investigations of subglacial lakes in Antarctica, Canada and Greenland.