Since its launch in 2013 ESA’s Gaia observatory has been mapping our galaxy from Lagrange point 2, creating the most accurate and complete multi-dimensional map of the Milky Way. By now two full sets of data have been released, the first set in 2016 and a second one in 2018. 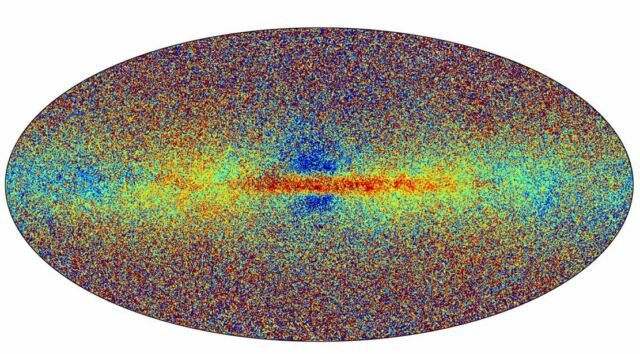 These data releases contained stellar positions, distances, motions across the sky, and colour information, among others.

Now on 13 June 2022 a third and new full data set will be released. This data release will contain even more and improved information about almost 2 billion stars, Solar System objects and extragalactic sources. It also includes radial velocities for 33 million stars, a five-time increase compared to data release 2. Another novelty in this data set is the largest catalogue yet of binary stars in the Milky Way, which is crucial to understand stellar evolution.