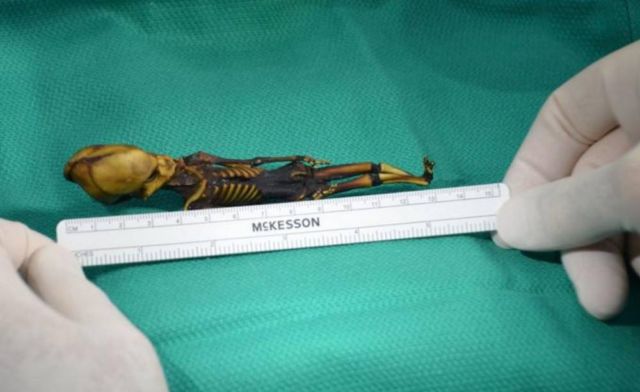 The six-inch alien mummy found in 2003 in Chile’s Atacama desert, is actually a tiny mutated human.

The Ata tiny skeleton, named after the Chilean Atacama desert where he was found, has 10 pairs of rib and looks like an alien.

Now according to a new full genetic analysis, published Thursday in the journal Genome Research, the six-inch skeleton is human.

Above, the “Atacama Humanoid,” or “Ata.”  Credit Dr. Emery Smith

“We were able to look at all the mutations that were in this individual. And everybody is born with mutations. This person just happened to roll snake eyes.” 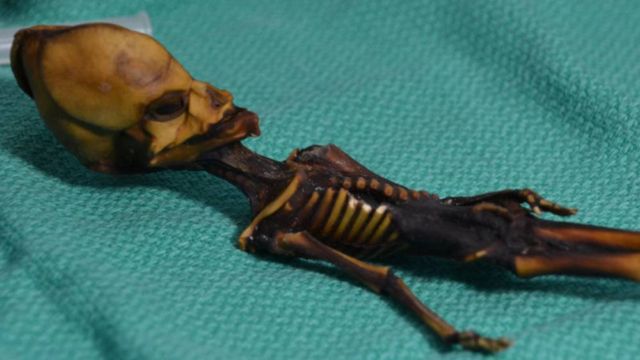