NASA Launches the Parker Solar Probe to ‘touch’ the Sun

NASA Launches the Parker Solar Probe to ‘touch’ the Sun 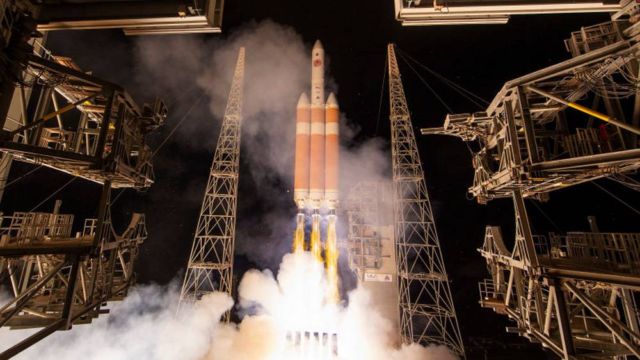 NASA, ULA launch Parker Solar Probe roughly the size of a small car, on historic journey to ‘touch’ the Sun.

The spacecraft lifted off at 3:31 a.m. EDT on a United Launch Alliance Delta IV Heavy rocket from Space Launch Complex-37 at Cape Canaveral Air Force Station. At 5:33 a.m., the mission operations manager reported that the spacecraft was healthy and operating normally.

The $1.5 billion Parker Solar probe will pass by the sun as close as 3.83 million miles.

“This mission truly marks humanity’s first visit to a star that will have implications not just here on Earth, but how we better understand our universe. We’ve accomplished something that decades ago, lived solely in the realm of science fiction.”

NASA’s historic Parker Solar Probe (PSP) mission will revolutionize our understanding of the Sun. PSP will swoop closer to the Sun’s surface than any spacecraft before it, facing brutal heat and radiation conditions.

The spacecraft will come as close as 3.83 million miles (and 6.16 million kilometers) to the Sun, well within the orbit of Mercury and more than seven times closer than any spacecraft has come before.

To perform these unprecedented investigations, the spacecraft and instruments will be protected from the Sun’s heat by a 4.5-inch-thick (11.43 cm) carbon-composite shield, which will need to withstand temperatures outside the spacecraft that reach nearly 2,500 degrees Fahrenheit (1,377 degrees Celsius). 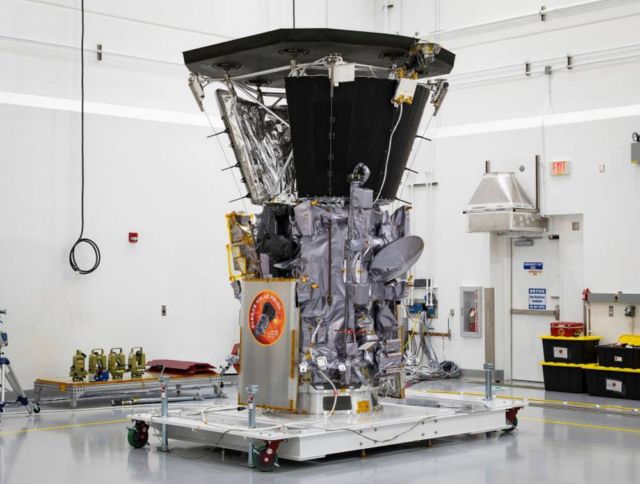 The Probe after the installation of its heat shield.  Credit Whitman/Johns Hopkins APL/NASA (AP)