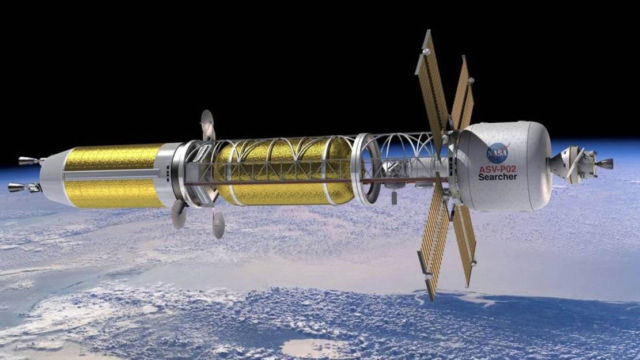 NASA is leading an effort, working with the Department of Energy (DOE), to advance space nuclear technologies and selected three reactor design concept proposals for a nuclear thermal propulsion system.

The reactor is a critical component of a nuclear thermal engine, which would utilize high-assay low-enriched uranium fuel.

The contracts, to be awarded through the DOE’s Idaho National Laboratory (INL), are each valued at approximately $5 million. They fund the development of various design strategies for the specified performance requirements that could aid in deep space exploration.

Nuclear propulsion provides greater propellant efficiency as compared with chemical rockets. It’s a potential technology for crew and cargo missions to Mars and science missions to the outer solar system, enabling faster and more robust missions in many cases.

“By working together, across government and with industry, the United States is advancing space nuclear propulsion,” said Jim Reuter, associate administrator for NASA’s Space Technology Mission Directorate. “These design contracts are an important step towards tangible reactor hardware that could one day propel new missions and exciting discoveries.”

“INL is excited to enable the development of nuclear propulsion technology for potential use by NASA in future space exploration,” said Dr. Stephen Johnson, national technical director for space nuclear power and director of the Space Nuclear Power and Isotope Technologies Division at INL. “Our national laboratories, working in partnership with industry, bring unparalleled expertise and capabilities to assist NASA in solving highly complex challenges that come with nuclear power and propulsion.”