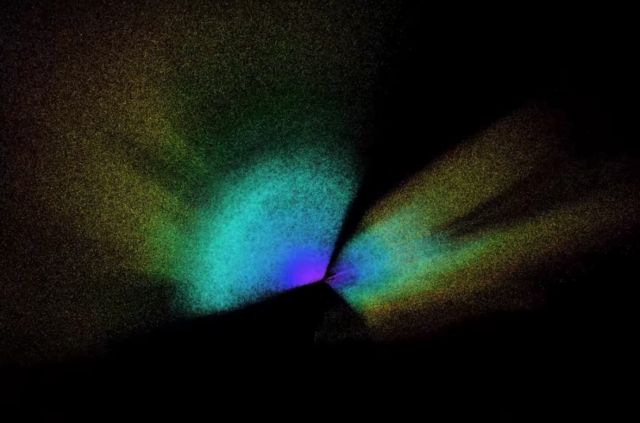 Let’s go on a journey from the local stars to the largest scales of our Universe! Astronomers release largest map of the Universe in history.

The Sloan Digital Sky Survey (SDSS) released today a comprehensive analysis of the largest three-dimensional map of the Universe ever created, filling in the most significant gaps in our possible exploration of its history. 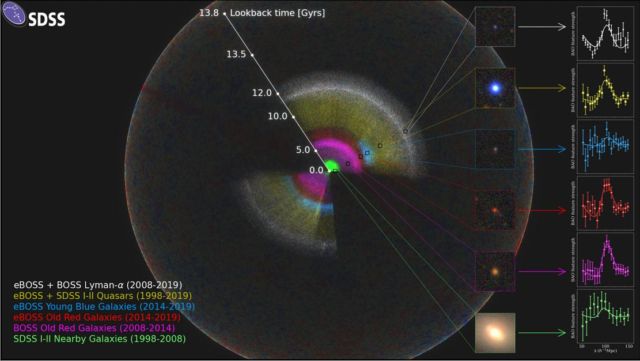 The SDSS map is shown as a rainbow of colors, located within the observable Universe (the outer sphere, showing fluctuations in the Cosmic Microwave Background).  Credit: Anand Raichoor (EPFL), Ashley Ross (Ohio State University) and the SDSS Collaboration

“We know both the ancient history of the Universe and its recent expansion history fairly well, but there’s a troublesome gap in the middle 11 billion years,” says cosmologist Kyle Dawson of the University of Utah, who leads the team announcing today’s results. “For five years, we have worked to fill in that gap, and we are using that information to provide some of the most substantial advances in cosmology in the last decade.”

This video presents the most detailed 3-dimensional map of the universe known to humankind, the one obtained by the Sloan Digital Sky Survey.

Scientists from around the world have just completed a 20-year-long survey of the night sky, measuring the positions and distances of more than 4 million galaxies and quasars. This detailed map will help scientists shed light on the remaining mysteries of our Universe.