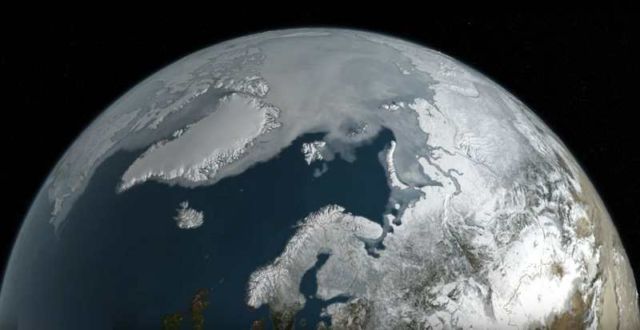 The model can begin predictions up to six months before the predicted minimum and continue to improve each day.

Arctic sea ice extent ebbs and flows with the seasons. During the summer months, the ice melts and the edge recedes northward, usually reaching its annual minimum sometime in September. The ice extent is shaped by a variety of factors, including warmer temperatures, storms, and changes in the ocean, which makes it difficult to predict. 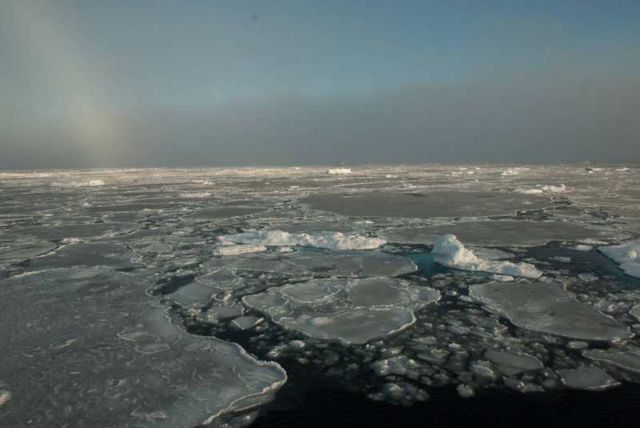 Small remnants of thicker ice that has survived the summer float among newly formed, thinner ice in this image taken in the Beaufort Sea on Sept. 30, 2016, past the end of the melt season in the Arctic.  Credits: Alek Petty/NASA’s Goddard Space Flight Center

Sea ice plays an important role in maintaining Earths temperature, so predicting how the ice extent might change helps us understand the warming climate. 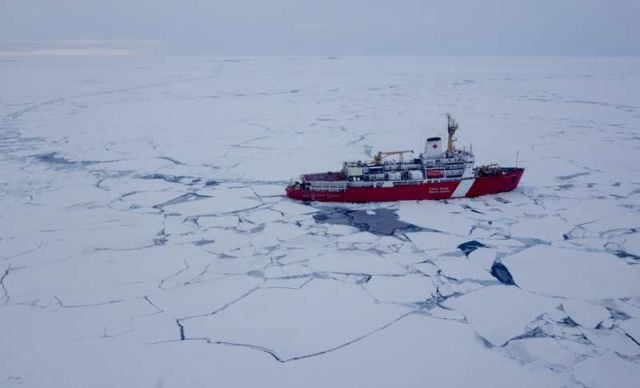