New stunning images of nearby Galaxies

New stunning images of nearby Galaxies 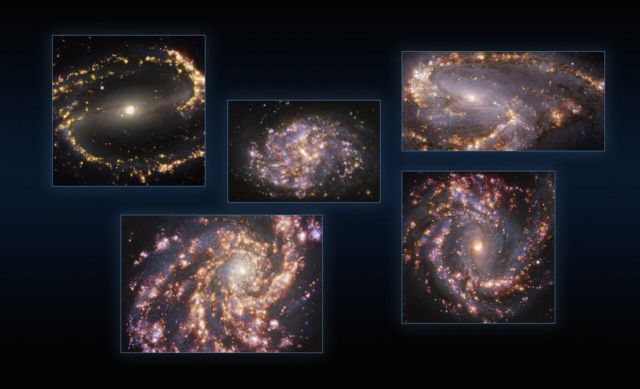 A team of astronomers has released new observations of nearby galaxies that resemble colourful cosmic fireworks. The images, obtained with the European Southern Observatory’s Very Large Telescope (ESO’s VLT), show different components of the galaxies in distinct colours, allowing astronomers to pinpoint the locations of young stars and the gas they warm up around them. By combining these new observations with data from the Atacama Large Millimeter/submillimeter Array (ALMA), in which ESO is a partner, the team is helping shed new light on what triggers gas to form stars. 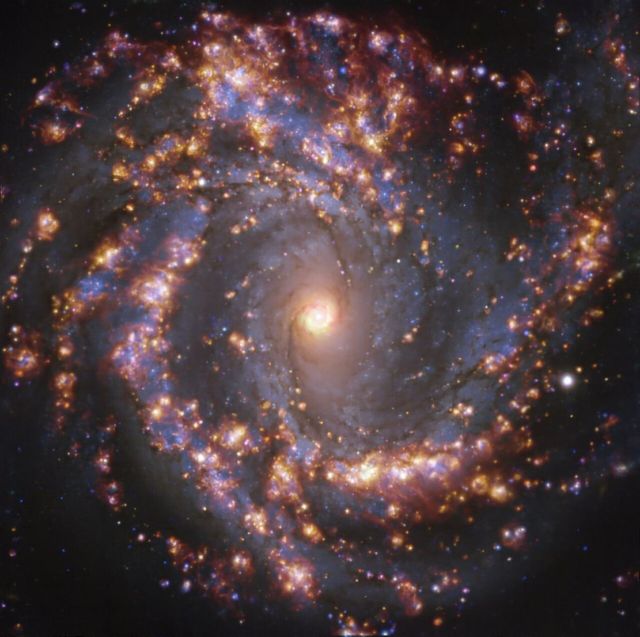 Astronomers know that stars are born in clouds of gas, but what sets off star formation, and how galaxies as a whole play into it, remains a mystery. To understand this process, a team of researchers has observed various nearby galaxies with powerful telescopes on the ground and in space, scanning the different galactic regions involved in stellar births. 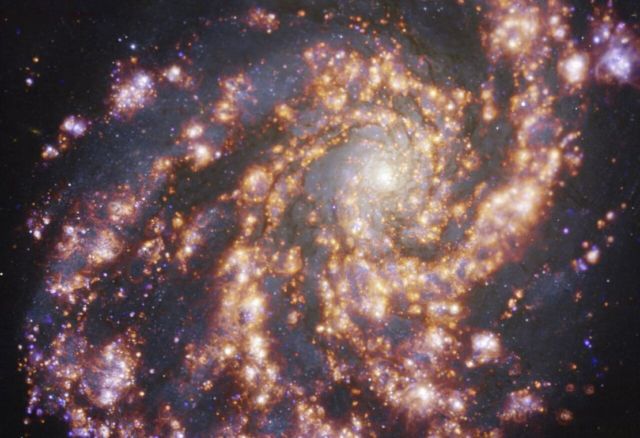 “For the first time we are resolving individual units of star formation over a wide range of locations and environments in a sample that well represents the different types of galaxies,” says Eric Emsellem, an astronomer at ESO in Germany and lead of the VLT-based observations conducted as part of the Physics at High Angular resolution in Nearby GalaxieS (PHANGS) project. “We can directly observe the gas that gives birth to stars, we see the young stars themselves, and we witness their evolution through various phases.”

Emsellem, who is also affiliated with the University of Lyon, France, and his team have now released their latest set of galactic scans, taken with the Multi-Unit Spectroscopic Explorer (MUSE) instrument on ESO’s VLT in the Atacama Desert in Chile. They used MUSE to trace newborn stars and the warm gas around them, which is illuminated and heated up by the stars and acts as a smoking gun of ongoing star formation. 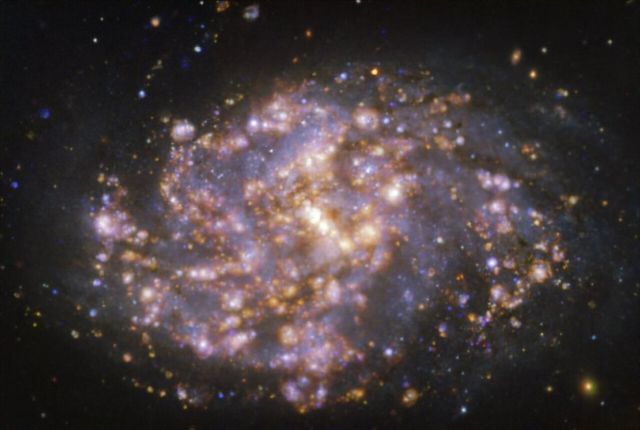 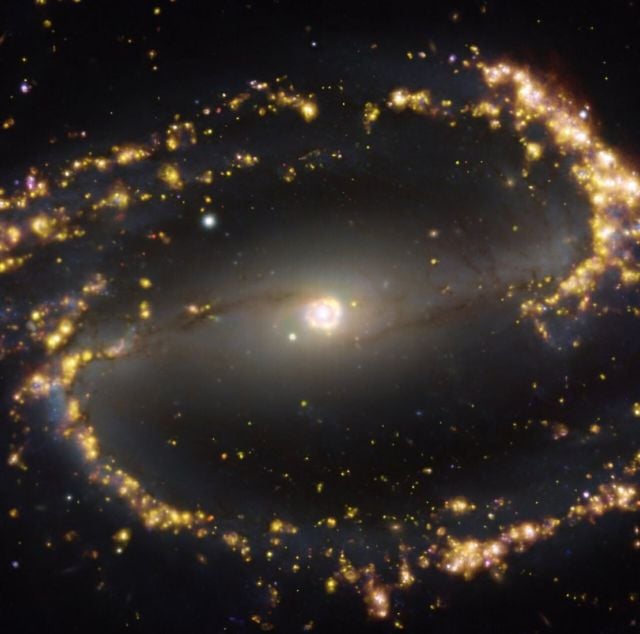 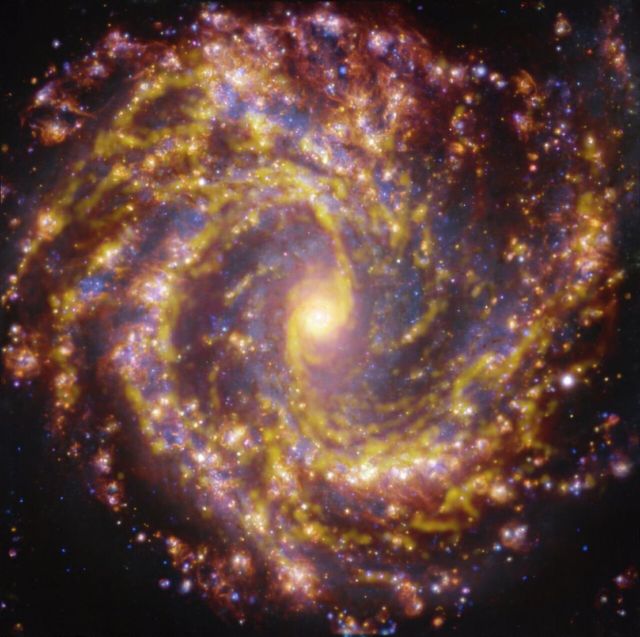