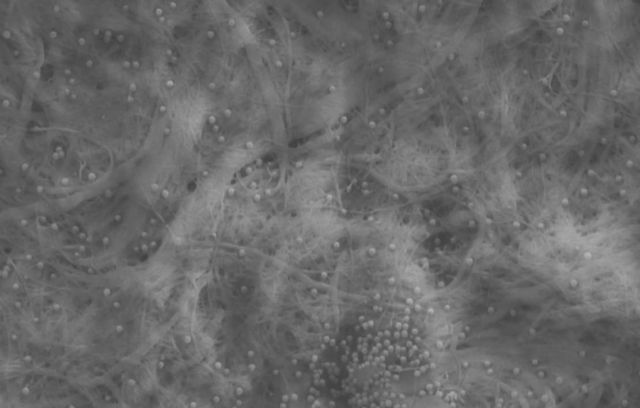 Scientists by using nanocellulose, found a new solution to capture microplastics before they enter waterways.

A thousand litres of seawater can contain up to 8.3 million particles of microplastics. Until now, identifying these very small particles has been difficult – usually they are only detected once they have accumulated in the bodies of fish. A method developed at VTT utilises nanocellulose structures for early particle identification. Nanocellulose would allow particles to be captured even before they enter waterways.

The properties of nanocellulose films and hydrogels support the identification and capture of very small microplastic particles.

“Nanocellulose has a mesh-like, porous structure and a large BET surface area. In the water, powerful capillary forces are generated in this structure, allowing particles to be transported inside the mesh and bound there”, says Research Professor Tekla Tammelin from VTT.

The method provides a way to catch microplastic particles of a size that the human eye cannot detect. These are particles with a diameter of only 100 nanometres.

“Nanocellulose structures can be used to identify and analyse these particles and to obtain information about their behaviour at an earlier stage. We can determine the concentration of particles in water and analyse, for example, whether particles are released into drinking water from plastic bottles.”

The identification of microplastic particles with nanocellulose structures has been developed at VTT as part of the FinnCERES flagship project, which is exploring new bio-based material solutions. The next step could be to develop new and inexpensive filtration solutions utilising the method.

“New filtration solutions would allow particles to be captured where they are generated. The solutions could be utilised, for example, in laundry, where microplastic particles are released from fleece clothing and other synthetic fibres. Similarly, we could develop filtration methods for any industry where there is a risk of microplastics being generated and released into waterways.”