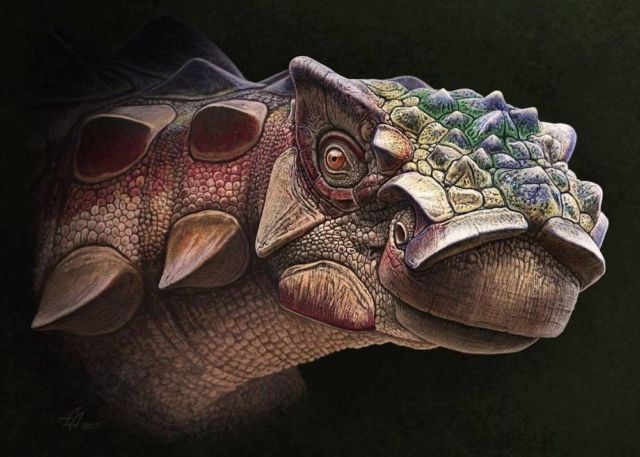 Archaeologists reveal Akainacephalus johnsoni, that walked across the land bridge from Asia to north America 76 million years ago, when lowered sea levels have allowed them to immigrate.

The remains of the armored dinosaur that was at 3.5ft tall and 13ft long, were found in the desert at the Grand Staircase-Escalante in Utah.