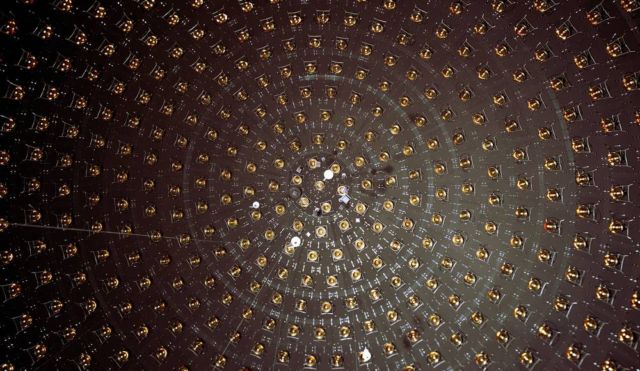 Scientists find signs of a ‘sterile neutrino,’ a fundamental particle that shouldn’t exist.

A major physics experiment at the Fermi National Accelerator Laboratory near Chicago, observed a ghost particle that shouldn’t exist.

Above, inside the MiniBooNE tank, photodetectors capturing the light, created by neutrino interacting with an atomic nucleus.  Credit Reidar Hahn / Fermilab

This could rewrite the rules of physics and solve the existence of dark matter, that makes up about 27 per cent of our Universe.

Scientists fired “beams of muon neutrinos at an oil tank to try and detect the presence of sterile neutrinos,” during the Mini Booster Neutrino Experiment, or MiniBooNE, in Chicago. 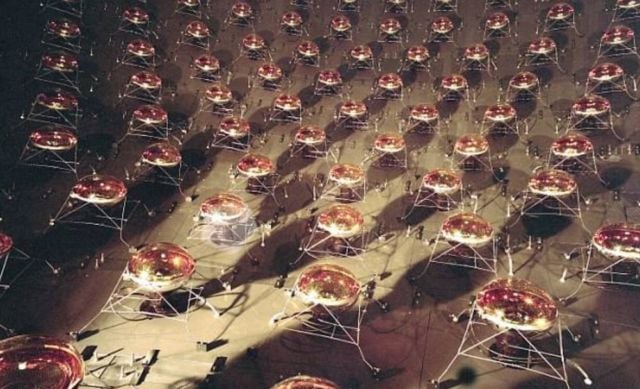 The photodetectors inside the MiniBooNE tank.  Credit Reidar Hahn / Fermilab

Janet Conrad, a neutrino physicist at the Massachusetts Institute of Technology and a member of the MiniBooNE collaboration, said:

“I’m very excited about this result, but I am not ready to say ‘Eureka!’”