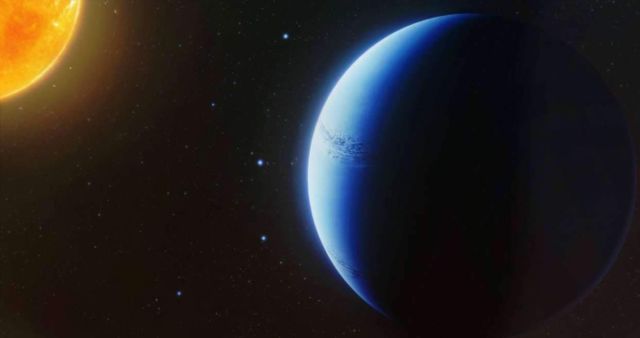 Breakthrough technique used to directly depiction nearby exoplanets in habitable-zone.

Analysis of 100 hours of images of nearby stars Alpha Centauri A and B, from upgraded planet-finding instrument on the Very Large Telescope in Chile, reveals unprecedented sensitivity and weak signal in habitable zone of nearest star system.

Breakthrough Watch, the global astronomical program looking for Earth-like planets around nearby stars, announced a new observing technique with unprecedented sensitivity to directly image exoplanets. Their initial observations also resulted in the detection of a weak signal in the habitable zone of Alpha Centauri A, part of the star system nearest to Earth.

The technological achievements and the discussion of possible origins of this weak signal are presented today by the global team of astronomers in the journal Nature Communications in an article titled, “Imaging low-mass planets within the habitable zone of Alpha Centauri.” Data obtained from 100 hours of observation by the NEAR (New-Earths in the AlphaCen Region) program, at the ESO’s Very Large Telescope at the Paranal Observatory in Chile, open up the possibility of the detection of a candidate exoplanet in Alpha Centauri A’s habitable zone. While the team emphasizes that other explanations are possible for the faint signal, an intriguing possibility is that they’ve observed a planet roughly five to seven times the size of Earth orbiting within the habitable zone of the nearest sun-like star.

The study’s lead author, Kevin Wagner, a Sagan Fellow in NASA’s Hubble Fellowship Program at the University of Arizona, said:

“We were amazed to find a signal in our data. While the detection meets every criteria for what a planet would look like, alternative explanations – such as dust orbiting within in the habitable zone or simply an instrumental artifact of unknown origin – have to be ruled out. Verification might take some time and will require the involvement and ingenuity of the larger scientific community.”

The findings result from the evolution of ever more powerful and sensitive imaging technologies (an order of magnitude more sensitive to temperate planets than earlier exoplanet imaging approaches) and demonstrate the feasibility of imaging rocky, habitable-zone exoplanets with radii smaller than Neptune. The achievement was made possible through a cooperation among leading international space organizations, universities and the private sector initiative, Breakthrough Watch. Further analysis is underway to investigate the candidate planet. If it turns out to be a bona fide planet orbiting in the habitable zone of Alpha Centauri, that would have significant implications for the future of space exploration.

The ESO’s Very Large Telescope, at eight meters in aperture, is among the world’s largest. In 2019 – with support from the Breakthrough Watch initiative – it was outfitted with new instrumentation that has allowed scientists, for the first time, to detect sub-Neptune sized exoplanets in the habitable zones of nearby stars, heralding a significant advance in observational capabilities.

Above image: Illustration of an Exoplanet in the habitable zone.  Credit ESA