Objects in Space we Can’t explain

Objects in Space we Can’t explain 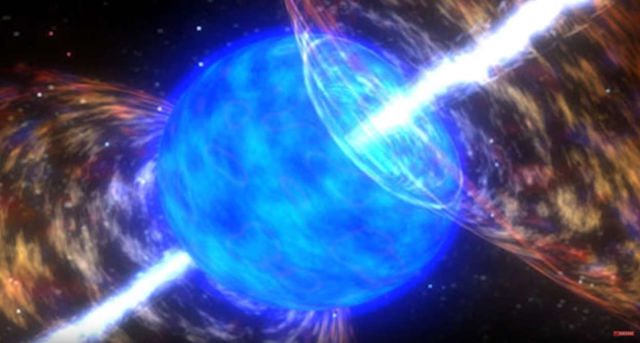 Let’s forget aliens for a while, and have a look at objects in space that we can either see and have no idea what they are or what their purpose is…

…or perhaps we can’t physically see it, but thanks to technology we know there’s something there. Space is, well massive to say the least, and there is so much out there that we just haven’t been able to explain yet.

6 – Masters of the Universe… Maybe we will be one day when we can explain all of these unusual happenings in space! Dark Flow is another curiosity in space that scientists haven’t been able to explain. 2008 was a good year for NASA, as they found something most unusual. Strange movements were sending galaxies off in a single direction, and it’s thought that forces which we can’t see, are controlling the movements of these galaxies. Dubbed the Dark Flow, this invisible force is sending these galaxies into a mysterious void which we’re unable to see. Over time, others have suggested that this Dark Flow doesn’t even exist, yet the team that originally discovered it were adamant their findings were correct and went on to further prove that it was actually happening. What’s worrying for them, is that who knows which galaxy will be forced along next, what if it’s the Milky Way?

5 – The Space Age… In space, there’s something called the GZK limit, which is the “theoretical upper limit on the energy of cosmic rays.” This is touched on in Einstein’s theory of relativity. However, physicists from the Akeno Observatory in Japan have discovered cosmic rays that surpass that theoretical upper limit. What is puzzling is that there are no sources near Earth that could be producing them, so where they came from is anyone’s guess!

4 – A hot mess… Hot Jupiter’s are massive gas planets that are available in large numbers in our galaxy. These exoplanets are a mystery, as scientists say they orbit extremely close to their stars, even closer than Mercury does to the sun. These orbits are weird. They are tilted and skewed, and for the last 20-years, scientists have been trying to figure them out. Studies prove there is no way they form where they are found, so how do they get there? It could be due to a gravitational pull but they say it doesn’t explain the unusual way the planet is tilted in relation to their star’s equators. What also surprises researchers, is that compared to their stars, these planets are really small and for them to cause such changes in their stars spin is very bizarre. Research on these hot Jupiter’s continues.

3 – Kept in the dark… About Dark Matter! Dark Matter is a hypothetical type of matter that although has never been directly observed, has been confirmed to be there, as seen by happenings like gravitational effects observed in the motions of baryonic matter. We can only see about 5% of the matter in the universe, which includes stars, planets and galaxies… the rest is all in the dark. This matter doesn’t emit or absorb light and doesn’t collide with atomic particles, but we are very aware of the gravitational force it exerts. It’s not even a given that we’ll ever know more about this dark matter, but it won’t stop us from trying.

2 – Your guess is as good as mine… These are cataclysmic variables or you can call them the eater eaten. It’s the nickname given to a strange set of stars. The stars come in pairs, and these stars are so close together that they strip the other star of all their gasses. The two components of the binary stars are the white dwarf – the primary component – and the mass transferring secondary. It’s the white dwarf that takes matter from its companion. The other star is sometimes called the donor star. Around 6 of these are discovered every year, but it’s speculated that as many as 50 appear yearly, we just can’t see them due to interstellar dust. Scientists have yet to discover why this unusual relationship exists between these stars.

1 – Laws of attraction… The Great Attractor sounds like something pretty spectacular, but it could be pulling galaxies towards it thanks to its gravitational pull. It’s thought that this Great Attractor is between 150 and 220 million light years away, and it’s bright thanks to the gravitational attraction. Some believe it’s dark matter that has caused this, and scientists have been studying this anomaly since 1973. At this stage, the Great Attractor is moving towards the Shapely Supercluster, which is the largest concentration of galaxies in our nearby universe. Because of it being positioned on the other side of the Milky Way, it’s not the easiest to study, but it won’t stop us from trying.