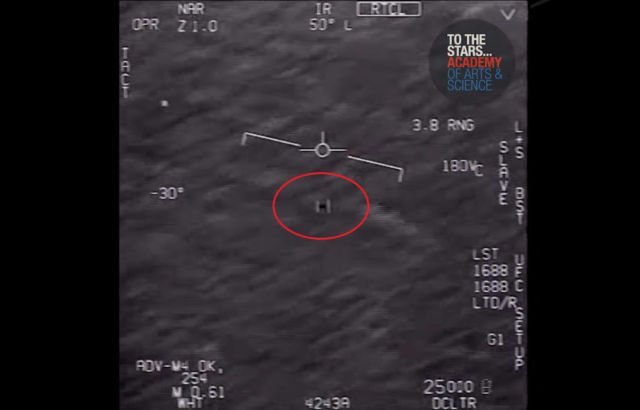 A declassified video of US Navy pilots encountering a UFO, captured by an F/A-18 Super Hornet using the Raytheon ATFLIR Pod.

It was operated by a highly trained aerial observer and weapons system operator whom the government has spent millions of dollars to train. Go Fast reveals a Navy encounter that occurred off the East Coast of the United States in 2015 and the object in view remains unidentified.