Oldest Fossil of a Baby Snake found preserved in Amber

Home/Posts/SCIENCES/Astronomy, Discoveries/Oldest Fossil of a Baby Snake found preserved in Amber
Previous Next

Oldest Fossil of a Baby Snake found preserved in Amber 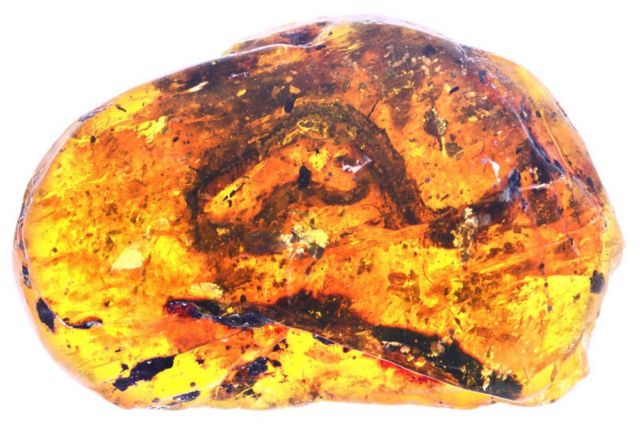 Oldest fossil of a baby snake that lived among dinosaurs, found preserved in amber.

Scientists found inside the 99 million year old amber, about half of the vertebrae of an intact newborn snake measuring about 1.9 inches (4.8 centimeters) in length, having 97 bones.

The head was missing, but the study authors were nonetheless able to identify it as a new species, naming it Xiaophis myanmarensis, Caldwell told Live Science.

Above, a Xiaophis myanmarensis snake found in a piece of amber from Myanmar.  Image credit Ming Bai/Chinese Academy of Sciences

Study co-author Michael Caldwell, a professor in the biological sciences department at the University of Alberta in Canada, said:

“The first known fossilized remains of an embryonic/neonate snake, including preserved integument, from Lower Cenomanian (98.8 ± 0.6 Ma ago) amber from Myanmar.

Even though it is a baby, there are very unique features of the top of the vertebrae that have never been seen before in other fossil snakes of a similar kind. Xiaophis fits into the base of the snake family tree, and into a group of snakes that appear to be very ancient.” 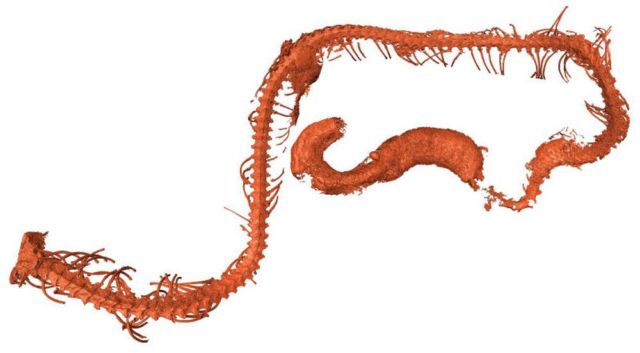