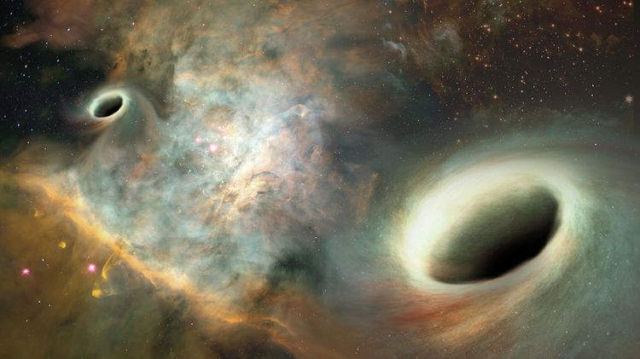 For the first time ever, astronomers at The University of New Mexico say they’ve been able to observe and measure the orbital motion between two supermassive black holes hundreds of millions of light years from Earth – a discovery more than a decade in the making.

UNM Department of Physics & Astronomy graduate student Karishma Bansal is the first-author on the paper, ‘Constraining the Orbit of the Supermassive Black Hole Binary, recently published in The Astrophysical Journal. She, along with UNM Professor Greg Taylor and colleagues at Stanford, the U.S. Naval Observatory and the Gemini Observatory, have been studying the interaction between these black holes for 12 years.

“For a long time, we’ve been looking into space to try and find a pair of these supermassive black holes orbiting as a result of two galaxies merging. Even though we’ve theorized that this should be happening, nobody had ever seen it until now.”

Published in The Astrophysical Journal