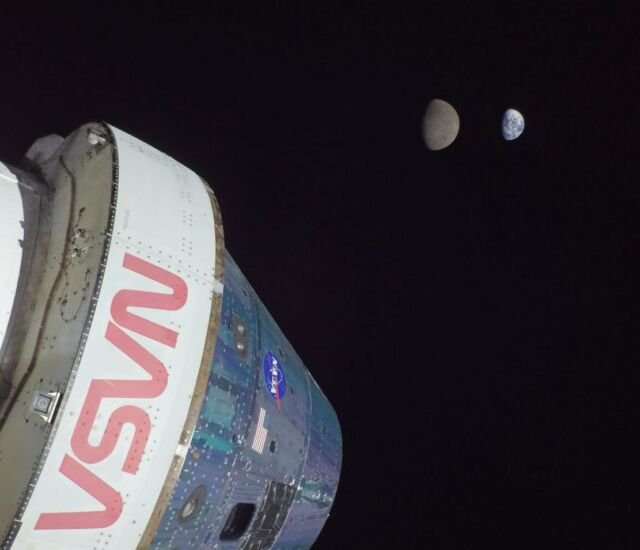 Orion has now traveled farther than any other spacecraft built for humans. It has reached its maximum distance from Earth, during the Artemis I mission.

NASA’s uncrewed Orion spacecraft reached the farthest distance from Earth it will travel during the Artemis I mission — 268,563 miles from our home planet — just after 3 p.m. CST. The spacecraft also captured imagery of Earth and the Moon together throughout the day, including of the Moon appearing to eclipse Earth.

Reaching the halfway point of the mission on Flight Day 13 of a 25.5 day mission, the spacecraft remains in healthy condition as it continues its journey in distant retrograde orbit, an approximately six-day leg of its larger mission thousands of miles beyond the Moon.

NASA Administrator Bill Nelson, said:
“Because of the unbelievable can-do spirit, Artemis I has had extraordinary success and has completed a series of history making events. It’s incredible just how smoothly this mission has gone, but this is a test. That’s what we do – we test it and we stress it.”