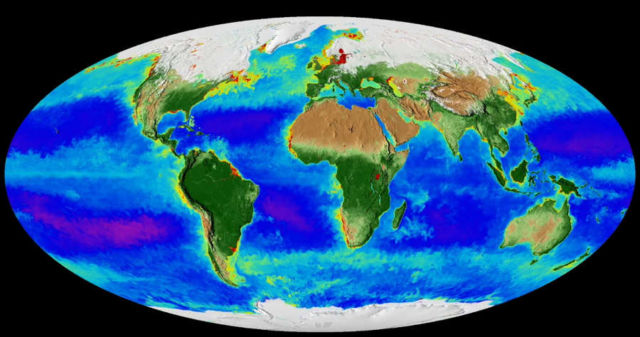 Life. It’s the one thing that, so far, makes Earth unique among the thousands of other planets we’ve discovered.

Since the fall of 1997, NASA satellites have continuously and globally observed all plant life at the surface of the land and ocean.

During the week of Nov. 13-17, NASA is sharing stories and videos about how this view of life from space is furthering knowledge of our home planet and the search for life on other worlds.

This fall marks 20 years since NASA has continuously observed not just the physical properties of our planet, but the one thing that makes Earth unique among the thousands of other worlds we’ve discovered: Life.

Satellites measured land and ocean life from space as early as the 1970s. But it wasn’t until the launch of the Sea-viewing Wide Field-of-view Sensor (SeaWiFS) in 1997 that the space agency began what is now a continuous, global view of both land and ocean life. A new animation captures the entirety of this 20-year record, made possible by multiple satellites, compressing a decades-long view of life on Earth into a captivating few minutes.