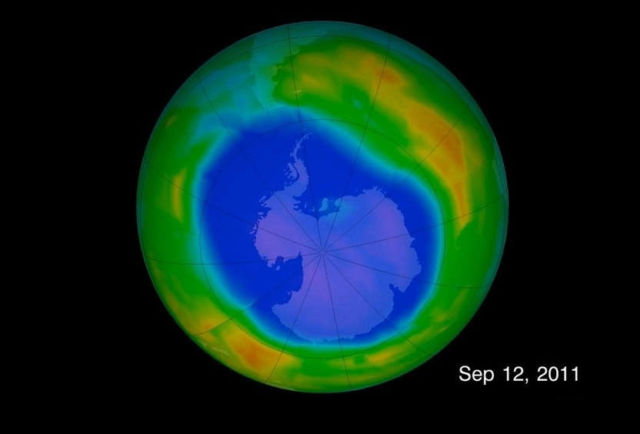 Recent observations show the atmospheric concentration of dichloromethane, an ozone-depleting gas not controlled by the Montreal Protocol, is increasing rapidly.

The successful implementation of the Montreal Protocol has led to reductions in the atmospheric concentration of many ozone-depleting gases, such as chlorofluorocarbons. As a consequence, stratospheric chlorine levels are declining and ozone is projected to return to levels observed pre-1980 later this century.


According to the new study, the recovery of Antarctic ozone levels can be delayed by five to 30 years, depending on emission scenarios.

Dichloromethane once used to decaffeinated hot drinks in the 1970s, now used in deodorant, hairspray and more.
The chemical has delayed the recovery of the Antarctic ozone by up to 30 years

Using atmospheric model simulations, scientists show that “the impact of dichloromethane on ozone has increased markedly in recent years and if these increases continue into the future, the return of Antarctic ozone to pre-1980 levels.”