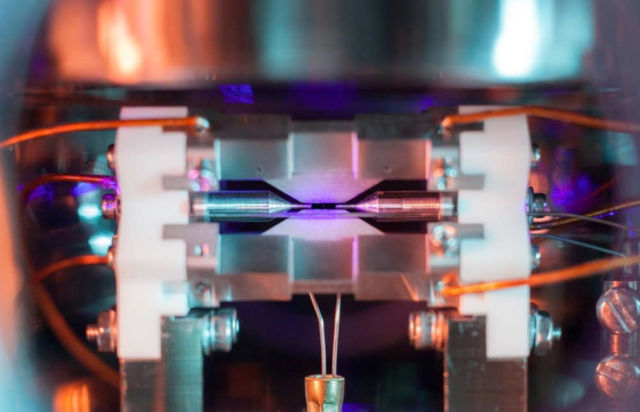 Quantum physicist David Nadlinger from the University of Oxford, captured this photo of a single atom held by the fields emanating from the metal electrodes. The distance between the small needle tips is about two millimeters.

Above, ‘Single Atom in an Ion Trap.’  Credit David Nadlinger/University of Oxford/EPSRC 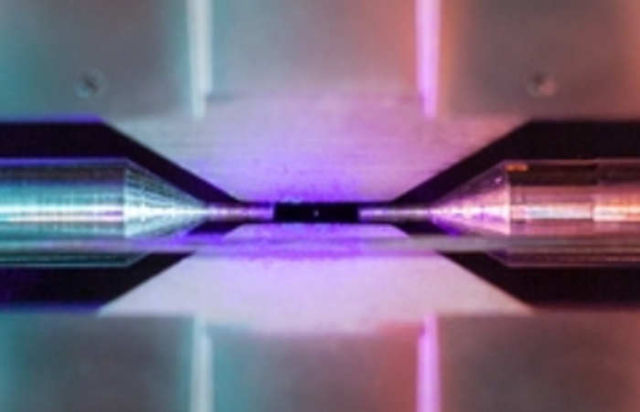 Here a zoom of the above image.

David Nadlinger, explained about the photograph:

“The idea of being able to see a single atom with the naked eye had struck me as a wonderfully direct and visceral bridge between the miniscule quantum world and our macroscopic reality. A back-of-the-envelope calculation showed the numbers to be on my side, and when I set off to the lab with camera and tripods one quiet Sunday afternoon, I was rewarded with this particular picture of a small, pale blue dot.”