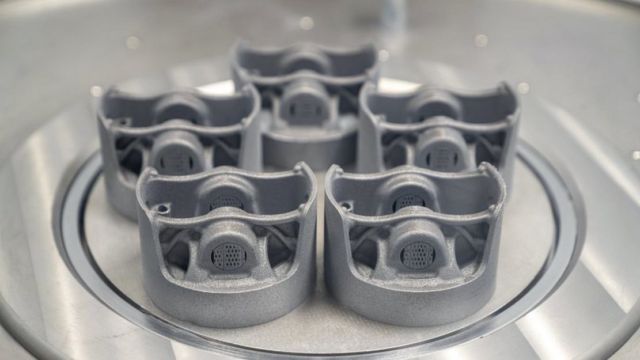 For the first time, the pistons for the high-performance engine of the Porsche 911 flagship model, the GT2 RS, are now being produced with a 3D printer.

3D printing allows the pistons to be manufactured with a structure that is optimised for the loads acting on the pistons. As a result, the pistons from the advance development project weigh ten percent less than the forged series production pistons. They also have an integrated and closed cooling duct in the piston crown that could not have been produced by conventional methods. 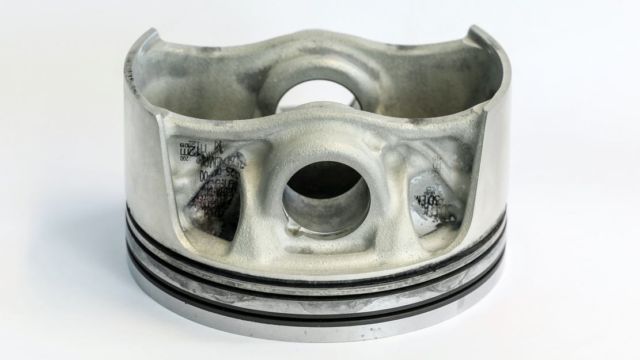 “Thanks to the new, lighter pistons, we can increase the engine speed, lower the temperature load on the pistons and optimise combustion. This makes it possible to get up to 30 PS more power from the 700 PS biturbo engine, while at the same time improving efficiency.” 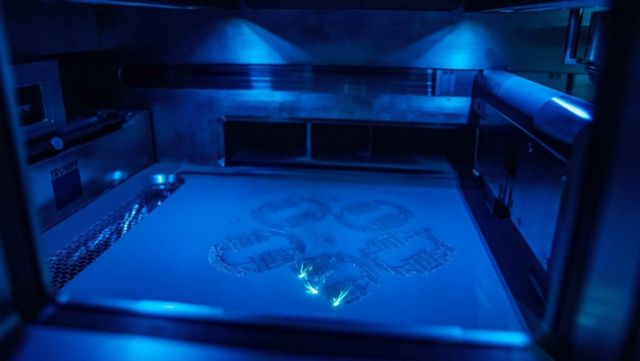 The pistons of the 911 GT2 RS were manufactured from high-purity metal powder using the laser metal fusion process (LMF). Here, a laser beam heats and melts the powder surface corresponding to the part contour. 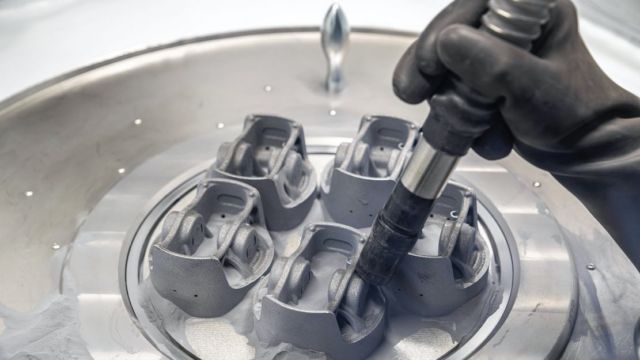 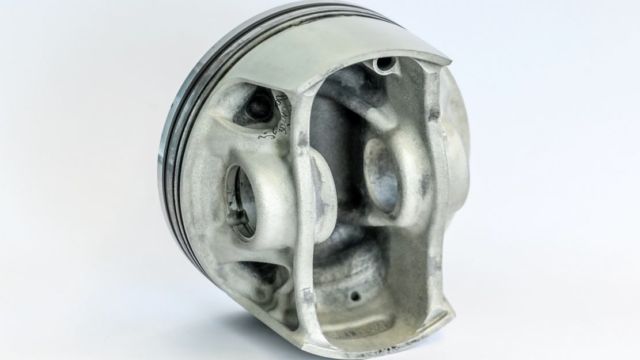 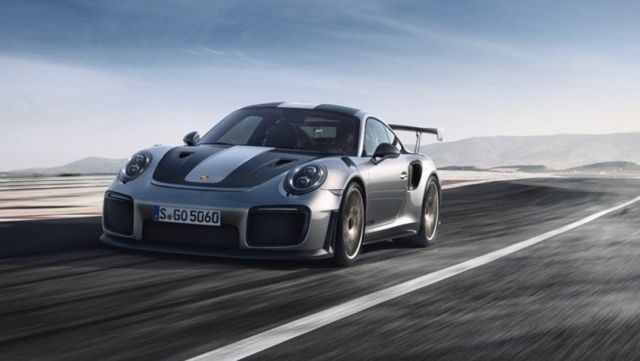