Possible signs of Life on Venus

Possible signs of Life on Venus 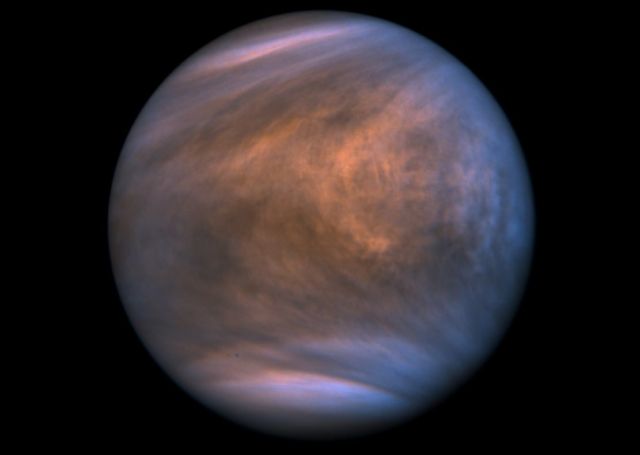 High in the clouds of Venus, scientists have made the discovery of a gas called phosphine, and this could point to an ‘aerial’ extra-terrestrial life.

An international team of astronomers, led by Professor Jane Greaves of Cardiff University, today announced the discovery of a rare molecule – phosphine – in the clouds of Venus. On Earth, this gas is only made industrially, or by microbes that thrive in oxygen-free environments.

Astronomers have speculated for decades that high clouds on Venus could offer a home for microbes – floating free of the scorching surface, but still needing to tolerate very high acidity. The detection of phosphine molecules, which consist of hydrogen and phosphorus, could point to this extra-terrestrial ‘aerial’ life.

The team first used the James Clerk Maxwell Telescope (JCMT) in Hawaii to detect the phosphine, and were then awarded time to follow up their discovery with 45 telescopes of the Atacama Large Millimeter/submillimeter Array (ALMA) in Chile. Both facilities observed Venus at a wavelength of about 1 millimetre, much longer than the human eye can see – only telescopes at high altitude can detect this wavelength effectively. 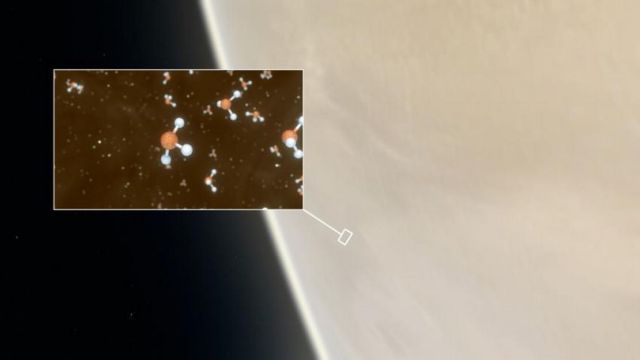 “This was an experiment made out of pure curiosity, really – taking advantage of JCMT’s powerful technology, and thinking about future instruments. I thought we’d just be able to rule out extreme scenarios, like the clouds being stuffed full of organisms. When we got the first hints of phosphine in Venus’ spectrum, it was a shock!” 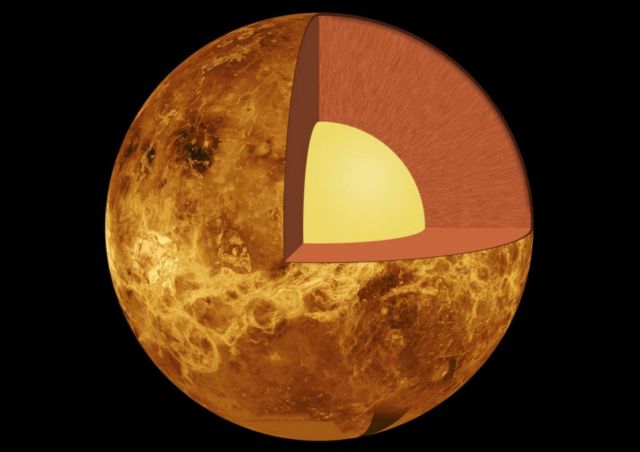 Top image: Cloud structure in the Venusian atmosphere in 2018, revealed by observations in the two ultraviolet bands by Akatsuki

Venus is the second planet from the Sun. It is named after the Roman goddess of love and beauty. As the second-brightest natural object in the night sky after the Moon, Venus can cast shadows and can be, on rare occasion, visible to the naked eye in broad daylight. Venus lies within Earth’s orbit, and so never appears to venture far from the Sun, either setting in the west just after dusk or rising in the east a bit before dawn. Venus orbits the Sun every 224.7 Earth days. With a rotation period of 243 Earth days, it takes longer to rotate about its axis than any other planet in the Solar System and does so in the opposite direction to all but Uranus (meaning the Sun rises in the west and sets in the east). Venus does not have any moons, a distinction it shares only with Mercury among planets in the Solar System.

The research was published in the journal Nature Astronomy