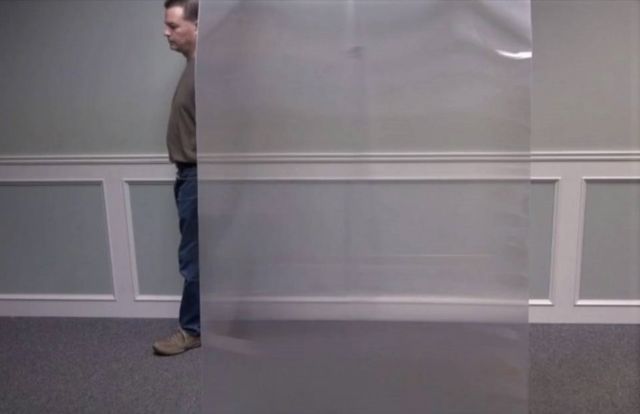 Quantum Stealth created a new material that camouflage soldiers, tanks, aircraft, by making anything behind it seem invisible.

Quantum Stealth created by Canada’s Hyperstealth Biotechnology, is a material that renders the target completely invisible, by bending light waves around the target.

The new material hides not only your visual, infrared (night vision) and thermal signatures, but also your shadow. 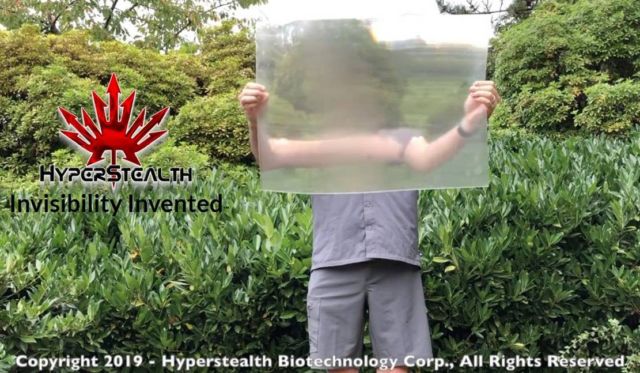 Two separate command groups within the U.S. Military and two separate Canadian Military groups as well as Federal Emergency Response Team (Counter Terrorism) have seen the actual material so they could verify that I was not just manipulating video or photo results; These groups now know that it works and does so without cameras, batteries, lights or mirrors…It is lightweight and quite inexpensive. Both the U.S. and Canadian military have confirmed that it also works against military IR scopes and Thermal Optics.

For reasons of security, I can’t discuss details about how it accomplishes the bending of light but I can explain how it might be used. Unlike traditional camouflage materials, which are limited to specific conditions such as forests or deserts, according to Cramer this “invisibility cloak” works in any environment or season, at any time of day.