Quark Fusion creates 10 time as much Energy as the Nuclear

Quark Fusion creates 10 time as much Energy as the Nuclear 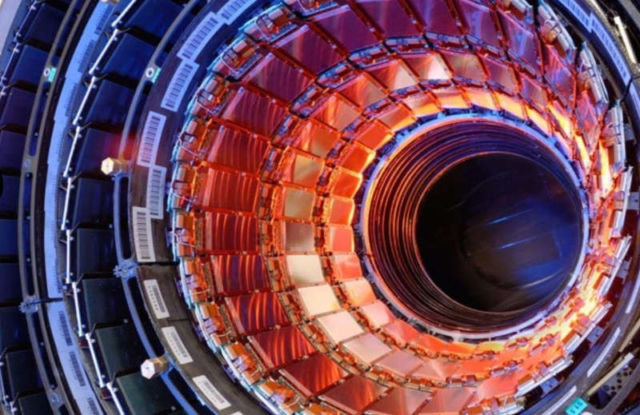 Quark fusion could create 10 time as much energy as the nuclear fusion.

Above, this image shows the Large Haldron Collider.

The discovery, reported in Nature, explains that’s about eight to ten times more powerful than one of the nuclear fusion in hydrogen bombs.

The largest hydrogen fusion bomb ever build, the Russian Tsar Bomba, gave about 50 million tons (50 megatons) of TNT worth of energy.

Quarks are tiny particles, usually clinging together to make up the neutrons and protons inside atoms. They come in six versions or “flavors”: up, down, top, bottom, strange and charm.

“I must admit that when I first realized that such a reaction was possible, I was scared, but, luckily, it is a one-trick pony.

If I thought for a microsecond that this had any military applications, I would not have published it.”

The scientists said that Quark fusion could be achieved at the CERN, at the world’s largest and most powerful particle collider, located near Geneva.