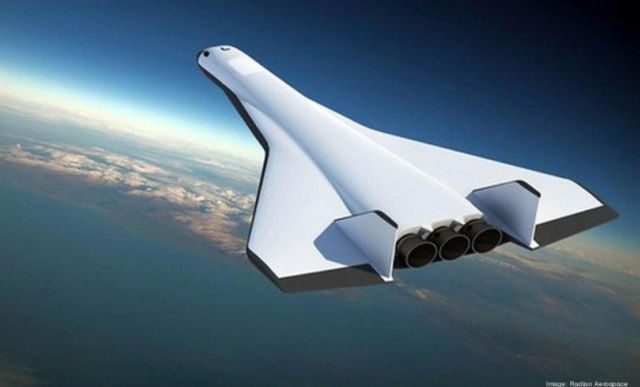 Radian Aerospace reveals plans to build a spaceplane that could cost over $1 billion to develop.

Although the exact budget for the winged spaceplane hasn’t been revealed, could cost over $1 billion to develop.

The fully reusable spacecraft, that can fly people and light cargo to low earth orbit, can take off from a runway, fly to space stations and land on a runway. It could be capable to deliver up to 2,270 kg anywhere in the world, in less than an hour.

“This funding will primarily be used to support our next series of risk-reducing milestones that include main engine testing, composite tank testing, design maturation, aero analysis and customer development.

Radian is planning to undergo an upgrade at the Bremerton engine testing facility.

Nearly all of our agreements are subject to NDA [non-disclosure agreements] so we are not able to share the specific names or values. Notable is that we have a number of mission sets that we are focused on that include habitation, Earth observation, in-space servicing, down-mass, launch and delivery, and over a dozen companies have signed on across all those areas.”