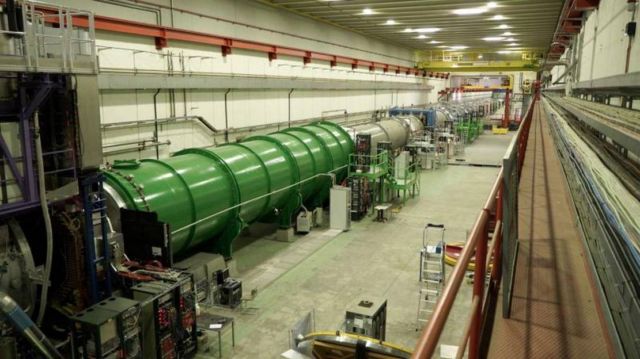 Rare kaon decays can give insights into how top quarks decay and help scientists to check the consistency of the Standard Model.

The main aim of the NA62 experiment is to study rare kaon decays. Understanding these decays will help physicists to check some of the predictions the Standard Model makes about short-distance interactions.

Specifically, NA62 will measure the rate at which the charged kaon decays into a charged pion and a neutrino-antineutrino pair.

To make beams rich in kaons, the NA62 team fires high-energy protons from the Super Proton Synchrotron (SPS) into a stationary beryllium target. The collision creates a beam which transmits almost one billion particles per second, about 6% of which are kaons.

Before entering a large vacuum tank, each particle in the beam is measured by a silicon-pixel detector. A detector called CEDAR determines the types of particle from their Cherenkov radiation. Further detectors inside the tank look for decay particles: a magnetic spectrometer measures charged tracks from kaon decays and a ring imaging Cherenkov (RICH) detector tells the team the nature of each decay particle. A large system of photon and muon detectors reject unwanted decays. 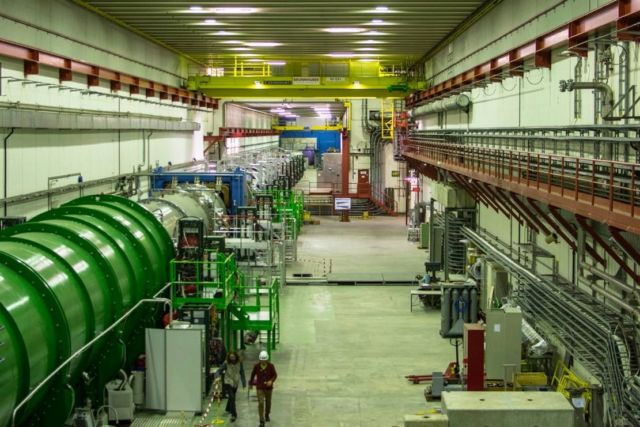 “In two years of data taking the experiment is expected to detect about 80 decay candidates if the Standard Model prediction for the rate of charged kaon decays is correct. This data will enable the NA62 team to determine the value of a quantity called |Vtd|, which defines the likelihood that top quarks decay to down quarks.

Understanding with precision the relations between quarks is one constructive way to check the consistency of the Standard Model.”