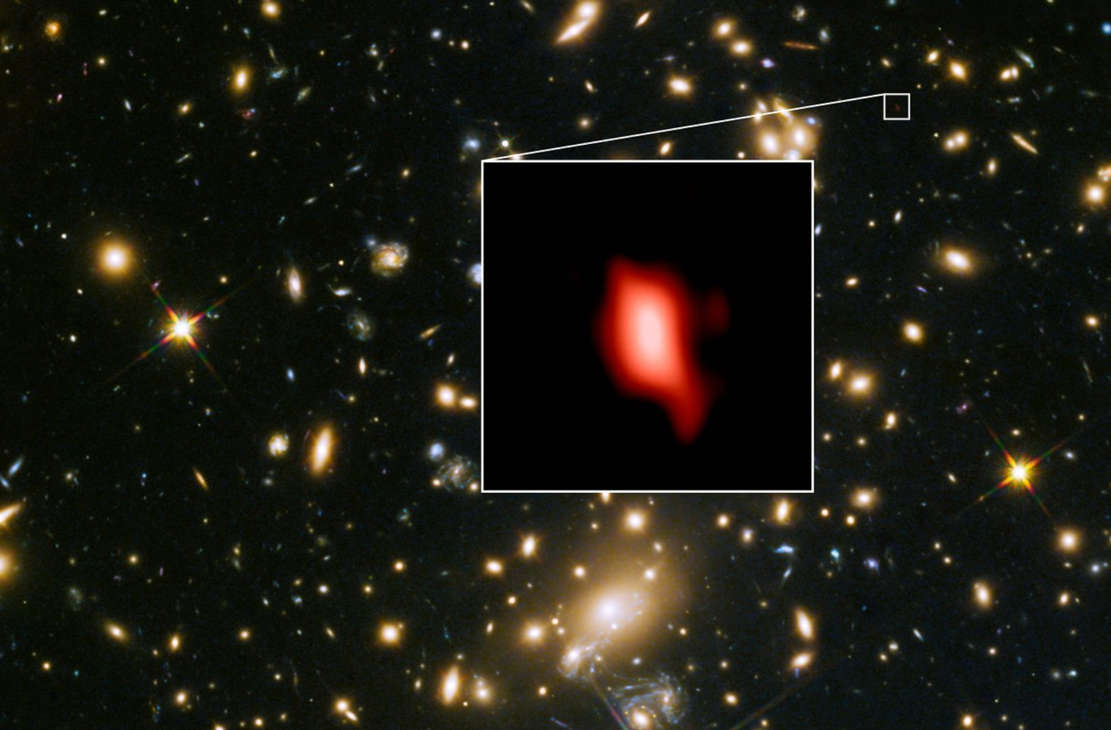 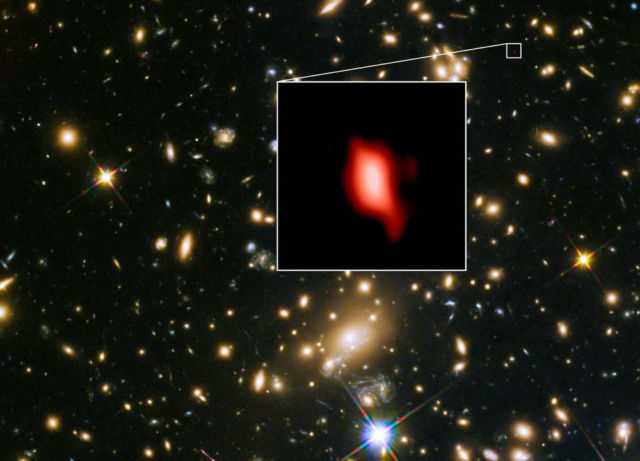 Astronomers discovered a record-breaking star forming, only 250 million years after the Big Bang.

Astronomers using observations from the Atacama Large Millimeter/submillimeter Array (ALMA) and ESO’s Very Large Telescope (VLT) to determine that star formation in the very distant galaxy MACS1149-JD1 started at an unexpectedly early stage, only 250 million years after the Big Bang.

This video sequence starts with a NASA/ESA Hubble Space Telescope view of the distant galaxy cluster MACS 1149. Up in the corner lies a still more distant object, the galaxy MACS 1149-JD1, seen just 500 million years after the Big Bang.

This discovery also represents the most distant oxygen ever detected in the Universe and the most distant galaxy ever observed by ALMA or the VLT. The results will appear in the journal Nature on 17 May 2018.

An international team of astronomers used ALMA to observe a distant galaxy called MACS1149-JD1. They detected a very faint glow emitted by ionised oxygen in the galaxy. As this infrared light travelled across space, the expansion of the Universe stretched it to wavelengths more than ten times longer by the time it reached Earth and was detected by ALMA. The team inferred that the signal was emitted 13.3 billion years ago (or 500 million years after the Big Bang), making it the most distant oxygen ever detected by any telescope. The presence of oxygen is a clear sign that there must have been even earlier generations of stars in this galaxy.

Takuya Hashimoto, the lead author of the new paper and a researcher at both Osaka Sangyo University and the National Astronomical Observatory of Japan, said:

“I was thrilled to see the signal of the distant oxygen in the ALMA data. This detection pushes back the frontiers of the observable Universe.”