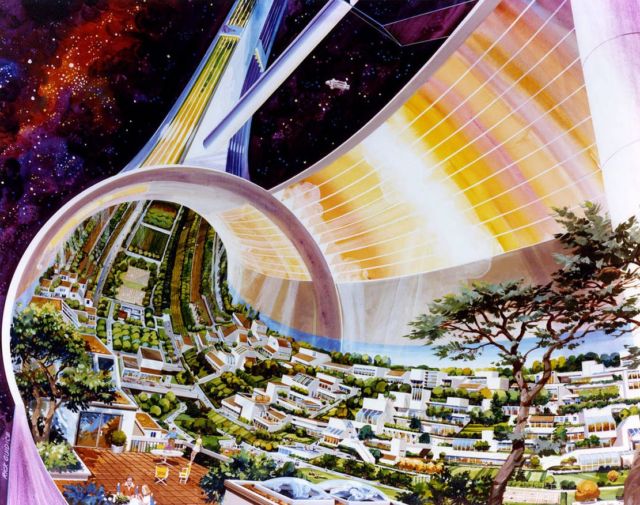 NASA’s Ames scientists in the 1970s conducted three different studies, into how humans may one build massive space colonies.

This fictional toroidal (doughnut-shaped) space colony, illustrated by Rick Guidice, is one of many artistic renderings that were born out of an art program at NASA’s Ames Research Center.

Artistic endeavors like these help form connections between science and the public, acting as valuable tools in illustrating NASA’s explorations and discoveries. Though the NASA Art Program isn’t as vast as it used to be, makers and creators continue working with NASA scientists and engineers to create visually engaging concept art and animations, like the NASA Jet Propulsion Laboratory’s Exoplanet Planet Travel Bureau.