Russia shows how it could start World War Three

Russia shows how it could start World War Three 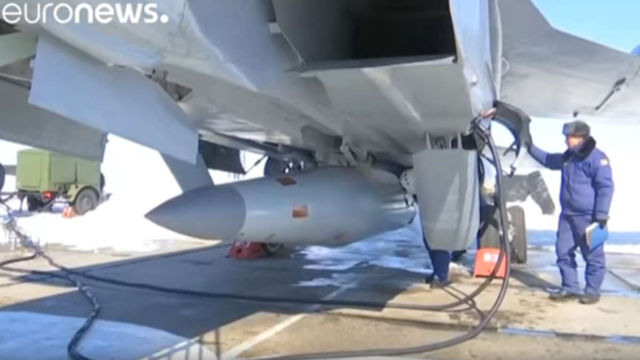 The Kinzhal missile is said to travel at ten times the speed of sound, almost 7,700mph and has a range of 2,000 km.

It was launched from a MiG-31 supersonic interceptor jet that took off from an airfield in the South Military District in Russia’s southwest.