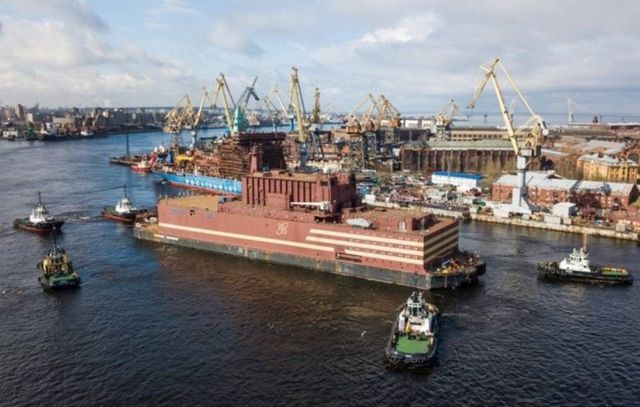 The world’s only floating nuclear power unit (FPU) ‘Academik Lomonosov’ has just left its construction site, in Baltiyskiy Zavod, St. Petersburg, and headed to its base in Chukotka.

According to the Deputy Head of the Directorate for the Floating NPP Construction and Operation Dmitriy Alekseenko, the FPU towing to Pevek (ChAO) was planned in two stages: from St. Petersburg to Murmansk, and then from Murmansk to Pevek.

“At the first stage, the FPU with no nuclear fuel on board will be towed from the territory of Baltiyskiy Zavod to the landing of Atomflot FSUE in Murmansk. Then, at the second stage (roughly in the summer of 2019) it will be sent from Murmansk to the seaport of Pevek, loaded with nuclear fuel and with the crew on board.”

The nuclear power plant has two KLT-40S reactor units that can generate up to 70 MW of electric energy and 50 Gcal/hr of heat energy during its normal operation. This is enough to keep the activity of the town populated with 100,000 people. 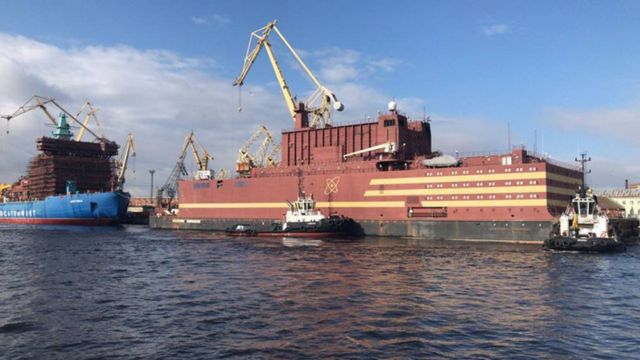