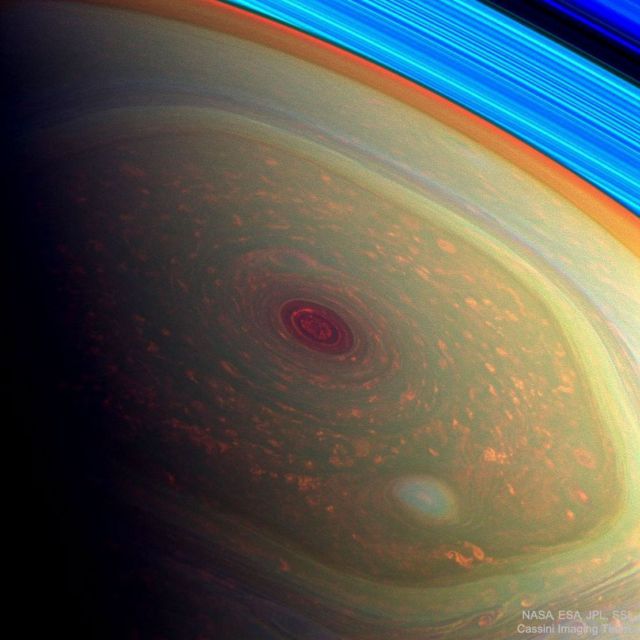 Why would clouds form a hexagon on Saturn? Nobody is sure. Originally discovered during the Voyager flybys of Saturn in the 1980s, nobody has ever seen anything like it anywhere else in the Solar System.

Acquiring its first sunlit views of far northern Saturn in late 2012, the Cassini spacecraft’s wide-angle camera recorded this stunning, false-color image of the ringed planet’s north pole. The composite of near-infrared image data results in red hues for low clouds and green for high ones, giving the Saturnian cloudscape a vivid appearance.