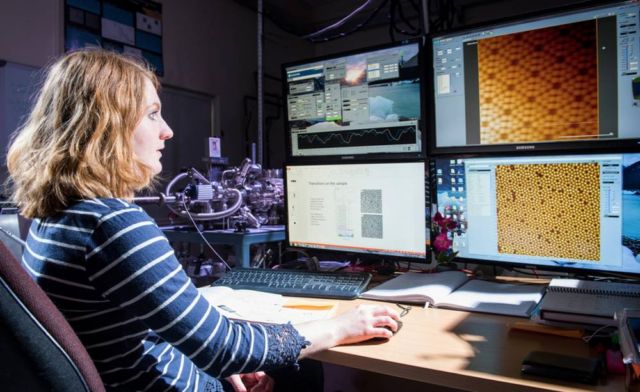 Scientists discovered a new technique to control a single molecule for a millionth of a billionth of a second.

Physicists at the University of Bath have discovered how to manipulate and control individual molecules for a millionth of a billionth of a second, after being intrigued by some seemingly odd results.

An experiment at the extreme limit of nanoscience called “STM (scanning tunnelling microscope) molecular manipulation” is often used to observe how individual molecules react when excited by adding a single electron.

When Dr Kristina Rusimova reviewed her data from the lab while on holiday, she discovered some anomalous results in a standard experiment, which on further investigation couldn’t be explained away. When the electric current is turned up, reactions always goes faster, except here it didn’t.

Dr Rusimova and colleagues spent months thinking of possible explanations to debunk the effect, and repeating the experiments, but eventually realised they had found a way to control single-molecule experiments to an unprecedented degree, in new research published in Science.

This will open up research possibilities across the fields of nanoscience and nanophysics.

Their new technique is the most sensitive way of controlling a chemical reaction on some of the smallest scales scientists can work – at the single molecule level.