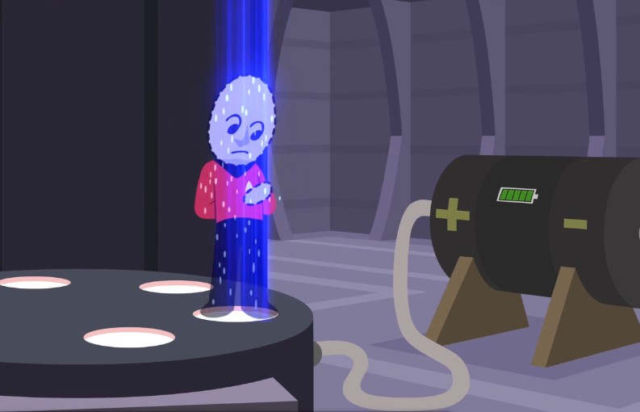 Scientists from China successfully teleported a photon from Earth to a satellite 500 km in orbit.

The Micius team created the first satellite-to-ground quantum network, smashing the record for the longest distance over which entanglement has been measured.

They’ve used this quantum network to teleport the first object from the ground to orbit.

Teleportation has become a standard operation in quantum optics labs around the world. The technique relies on the strange phenomenon of entanglement. This occurs when two quantum objects, such as photons, form at the same instant and point in space and so share the same existence. In technical terms, they are described by the same wave function.


Teleportation is a building block for a wide range of technologies.

“Long-distance teleportation has been recognized as a fundamental element in protocols such as large-scale quantum networks and distributed quantum computation.”