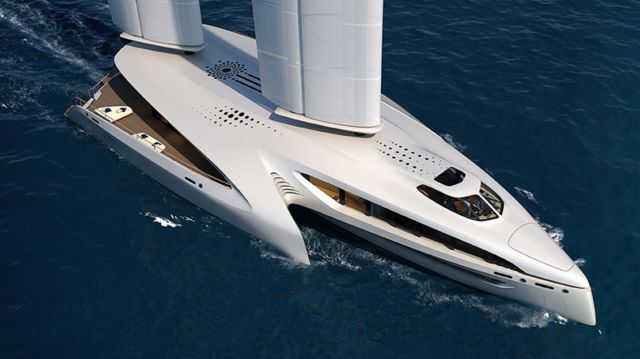 The Seaffinity 148-foot hybrid concept is a super streamlined trimaran, silent, partly automated, and propelled by the wind.

The new concept yacht Seaffinity is a demonstration of VPLP Design’s vision of a yacht of the future.

Equipped with 2 Oceanwings, real sailing revolutions, the same as those which will equip the cargo ship “Canopée” which will transport the Ariane rockets from Europe to Guyana. It is also equipped with a hybrid engine, powered by electricity produced by a fuel cell and hydrogen, a voyage on board Seaffinity is a communion with its environment.