The Biggest Asteroids in our Solar System

The Biggest Asteroids in our Solar System 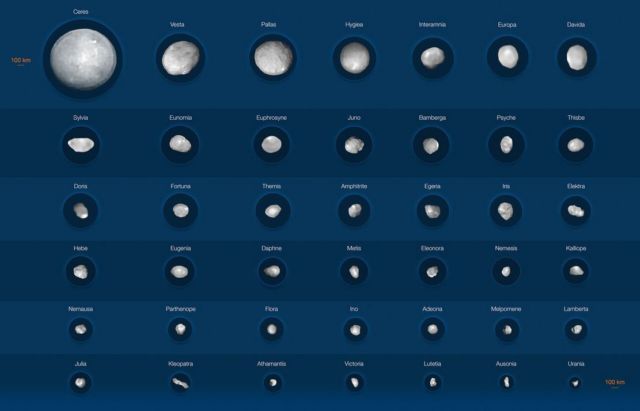 ESO images some of the biggest asteroids in our Solar System, using the European Southern Observatory’s Very Large Telescope (ESO’s VLT) in Chile

Astronomers have imaged 42 of the largest objects in the asteroid belt, located between Mars and Jupiter.

Never before had such a large group of asteroids been imaged so sharply. The observations reveal a wide range of peculiar shapes, from spherical to dog-bone, and are helping astronomers trace the origins of the asteroids in our Solar System.

The detailed images of these 42 objects are a leap forward in exploring asteroids, made possible thanks to ground-based telescopes, and contribute to answering the ultimate question of life, the Universe, and everything. 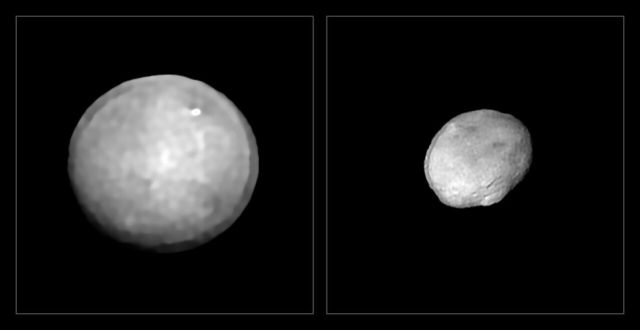 “Only three large main belt asteroids, Ceres, Vesta and Lutetia, have been imaged with a high level of detail so far, as they were visited by the space missions Dawn and Rosetta of NASA and the European Space Agency, respectively,” explains Pierre Vernazza, from the Laboratoire d’Astrophysique de Marseille in France, who led the asteroid study published today in Astronomy & Astrophysics. “Our ESO observations have provided sharp images for many more targets, 42 in total.”

The previously small number of detailed observations of asteroids meant that, until now, key characteristics such as their 3D shape or density had remained largely unknown. Between 2017 and 2019, Vernazza and his team set out to fill this gap by conducting a thorough survey of the major bodies in the asteroid belt.

Most of the 42 objects in their sample are larger than 100 km in size; in particular, the team imaged nearly all of the belt asteroids larger than 200 kilometres, 20 out of 23. The two biggest objects the team probed were Ceres and Vesta, which are around 940 and 520 kilometres in diameter, whereas the two smallest asteroids are Urania and Ausonia, each only about 90 kilometres.

By reconstructing the objects’ shapes, the team realised that the observed asteroids are mainly divided into two families. Some are almost perfectly spherical, such as Hygiea and Ceres, while others have a more peculiar, “elongated” shape, their undisputed queen being the “dog-bone” asteroid Kleopatra. 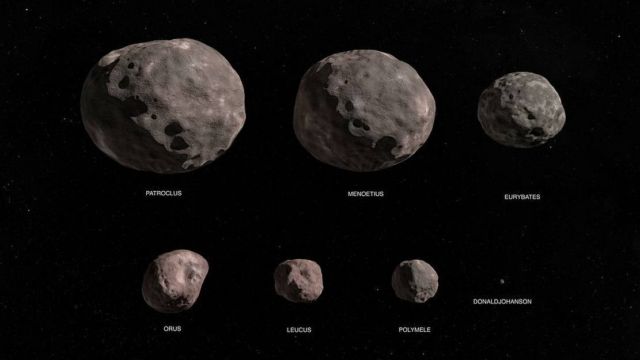 NASA’s Lucy mission will explore a record-breaking number of asteroids, flying by one asteroid in the solar system’s main asteroid belt, and by seven Trojan asteroids.

This illustration is of the Lucy mission’s seven targets: the binary asteroid Patroclus/Menoetius, Eurybates, Orus, Leucus, Polymele, and the main belt asteroid DonaldJohanson.