A selfie on a Supersonic Flight

A selfie on a Supersonic Flight 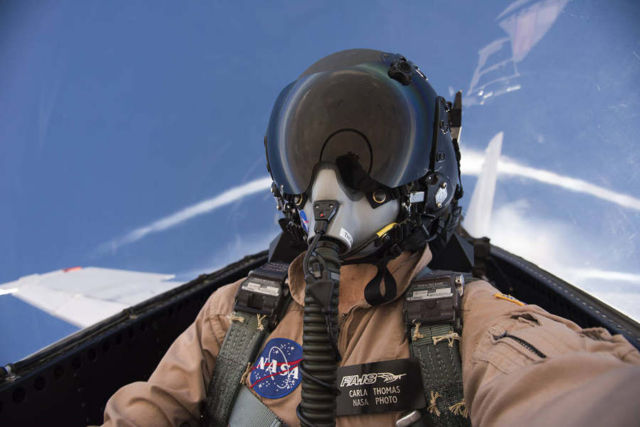 Photographer Carla Thomas on a Supersonic Flight, to help engineers further the study of shockwaves.

Sonic Booms in Atmospheric Turbulence, or SonicBAT, flights were performed at NASA’s Armstrong Flight Research Center in Edwards, California, to help NASA researchers measure the effect of low-altitude turbulence on sonic booms reaching the ground. This will help engineers further the study of shockwaves, and will assist in the development of tools necessary to further the development of future supersonic commercial aircraft.