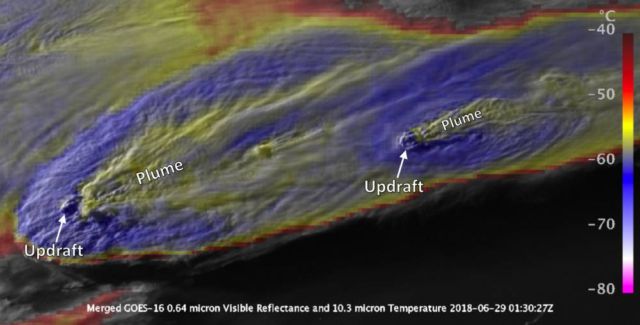 It’s like a smoking gun, but is a distinctive cloud formation that often signals damaging storms below.

An Anvil Cirrus Plume looks like a plume of smoke emanating out from the top of a storm. The plume is a strong indicator that a storm may produce a tornado, large hail or powerful wind. These plumed storms over North Dakota produced baseball-sized hail.  Credits: NASA

The plumes have been a frequent sight over the U.S. this summer as outbreaks of severe weather have raked across the Midwest, bringing high winds, tornadoes and hail with them.

“The plume pattern in the imagery instantly tells you without the need for radar or lightning observations or other information that these are the storms you really, really need to look out for,” said Kris Bedka, an atmospheric scientist at NASA’s Langley Research Center in Hampton, Virginia. 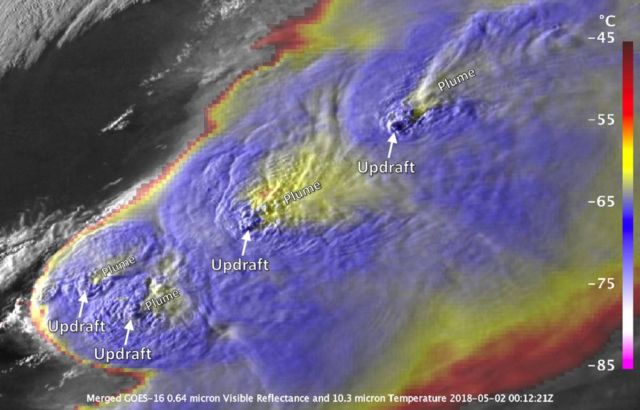 Typical thunderstorms top out at the tropopause, the boundary between the troposphere — the lowest part of Earth’s atmosphere — and the stratosphere. As storm-producing cumulonimbus clouds hit the tropopause their tops flatten out, giving them an anvil-like appearance.