Should we build a Lighthouse to make Contact with Aliens?

Home/Posts/SCIENCES/Astronomy/Should we build a Lighthouse to make Contact with Aliens?
Previous Next

Should we build a Lighthouse to make Contact with Aliens? 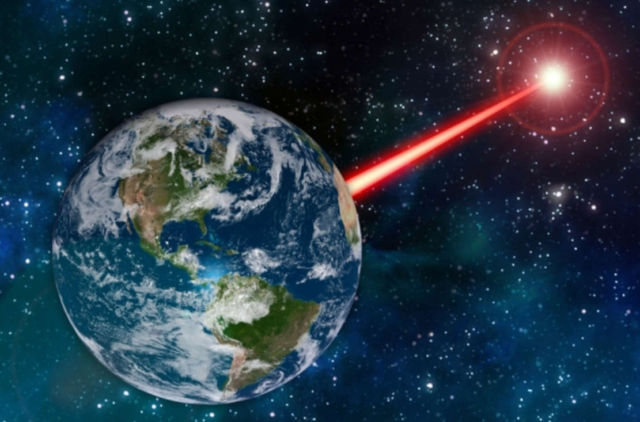 Existing laser technology could be fashioned into Earth’s “porch light” to attract aliens.

A new MIT study proposes that laser technology on Earth could, in principle, be fashioned into something of a planetary porch light — a beacon strong enough to attract attention from as far as 20,000 light years away. A way to find out if extraterrestrial intelligence exists somewhere in our galaxy.

The findings suggest that if a high-powered 1- to 2-megawatt laser were focused through a massive 30- to 45-meter telescope and aimed out into space, the combination would produce a beam of infrared radiation strong enough to stand out from the sun’s energy.

Such a signal could be detectable by alien astronomers performing a cursory survey of our section of the Milky Way — especially if those astronomers live in nearby systems, such as around Proxima Centauri, the nearest star to Earth, or TRAPPIST-1, a star about 40 light-years away that hosts seven exoplanets, three of which are potentially habitable. If the signal is spotted from either of these nearby systems, the study finds, the same megawatt laser could be used to send a brief message in the form of pulses similar to Morse code.

James Clark, a graduate student in MIT’s Department of Aeronautics and Astronautics and author of the study, said:

“If we were to successfully close a handshake and start to communicate, we could flash a message, at a data rate of about a few hundred bits per second, which would get there in just a few years.”

The research, which author James Clark calls a “feasibility study,” appears in The Astrophysical Journal.