The six-junction solar cell now holds the world record for the highest solar conversion efficiency at 47.1%, which was measured under concentrated illumination. A variation of the same cell also set the efficiency record under one-sun illumination at 39.2%.

Above: The CIGS-Pero tandem cell was realised in a typical lab size of 1 square centimeter. © HZB

“This device really demonstrates the extraordinary potential of multijunction solar cells,” said John Geisz, a principal scientist in the High-Efficiency Crystalline Photovoltaics Group at NREL and lead author of a new paper on the record-setting cell.

To construct the device, NREL researchers relied on III-V materials—so called because of their position on the periodic table—that have a wide range of light absorption properties. Each of the cell’s six junctions (the photoactive layers) is specially designed to capture light from a specific part of the solar spectrum. The device contains about 140 total layers of various III-V materials to support the performance of these junctions, and yet is three times narrower than a human hair. Due to their highly efficient nature and the cost associated with making them, III-V solar cells are most often used to power satellites, which prize III-V’s unmatched performance. 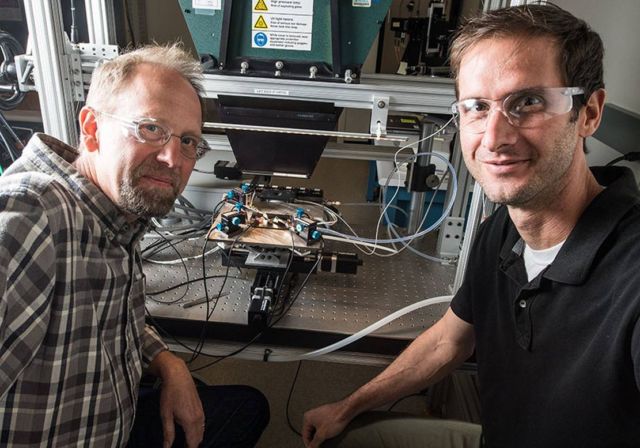