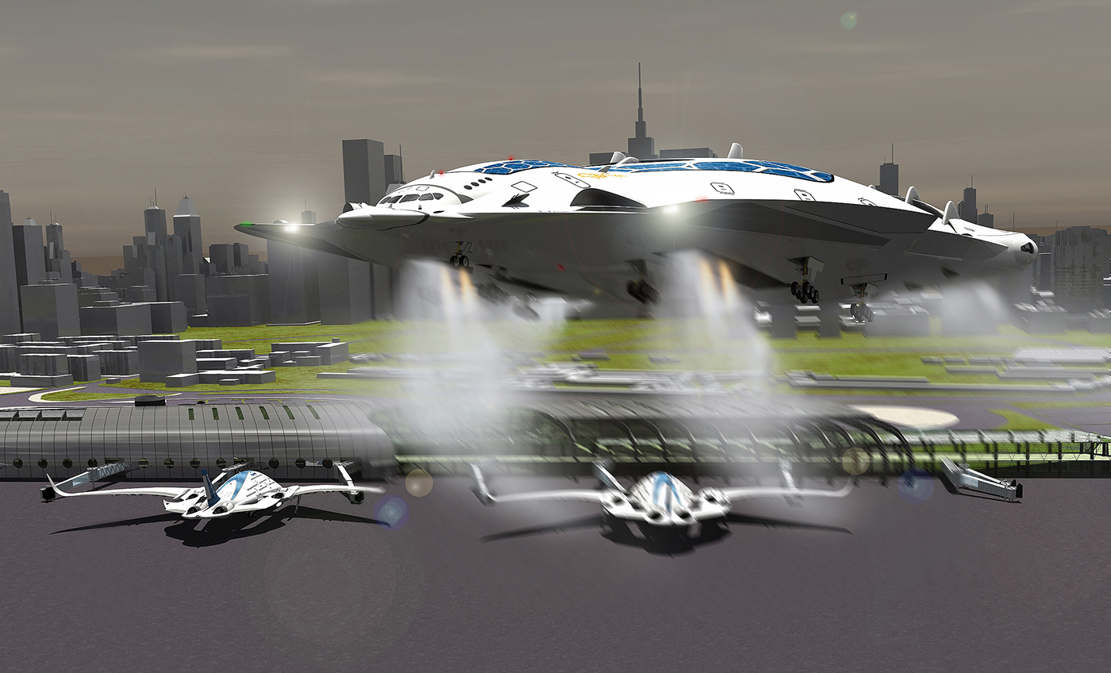 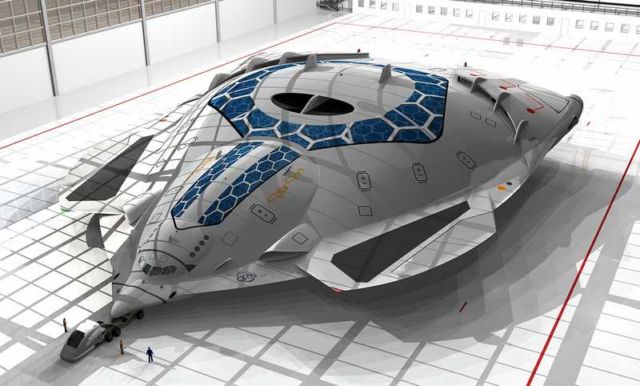 Solar Skin concept plane design is based on the future Quantum’ technologies.

The design of the HSP “Solar Skin” by Oscar Viñals, creator of many futuristic airplanes, is based on the “fusion” (mix) of the best technical and technological aspects about concepts like, the Blended Wing Body design or BWB, the new concepts of Airships like the “Airlander” and of course, some of my  previous airplane designs, like the AWWA “Sky Whale” or the FF “Flash Falcon.” 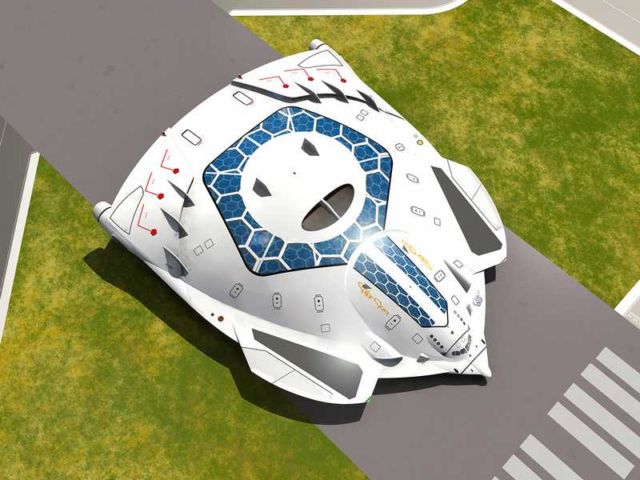 In the last two decades we have seen how the digital revolution came to flight control and airplane’s design.

In 1995 the Boeing 777 has became in the first airplane entirely designed by computer, the next generation of airplanes could be the “Quantum Age.” 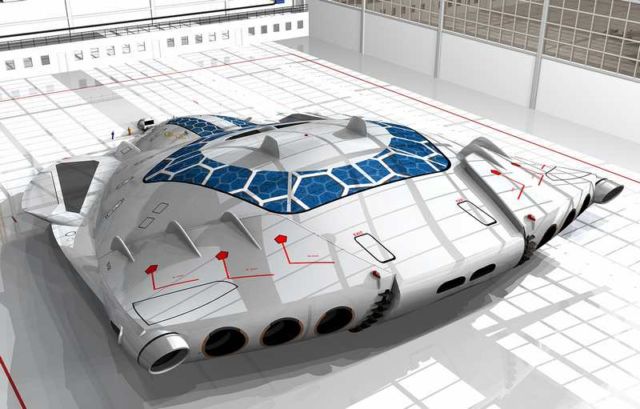 “I based this design in others fly mechanism like a “Wingsuit”, a Hang glider,…or on the other hand observing Nature “fly mechanism” like, the Flying Squirrels or Manta rays.
HSP is the definition of Hyper Shape Plane, it’s my form to describe this concept plane with its special & “personal” shapes.” 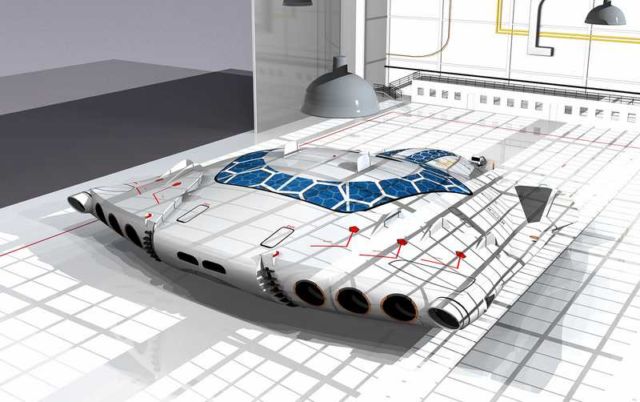 “The HSP “Solar Skin” looks a little “weird” or strange for today’s concept planes because it doesn’t have the usual wings… the airplane itself is a big smart wing with devices or “extensions” (front little wings, rear smart stabilizers and top stabilizers) making it all together, with its special shapes, a high performance plane. After, tested the design with CFD software and analyze in several fly conditions (lateral gusts, air turbulences, air vortex on the tips of the fuselage,…etc) , it may have a stable and very good balanced between its lift and drag coefficients. For example, it could improve the lift by around 35% at low speed (Takeoff) and decrease the aerodynamic drag at cruise speed.” 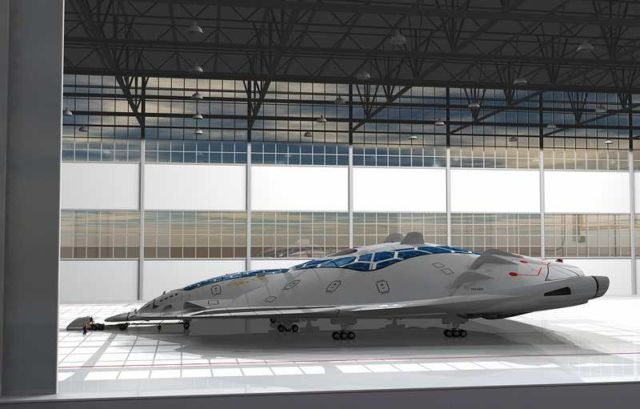 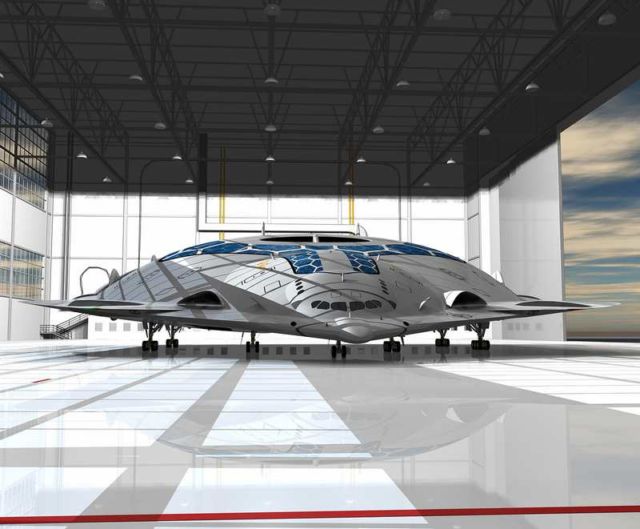 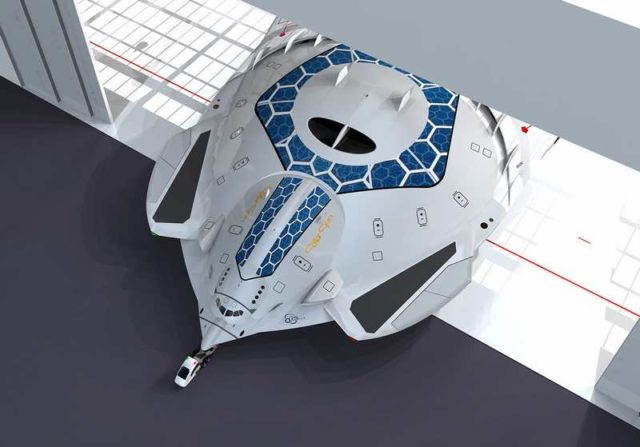