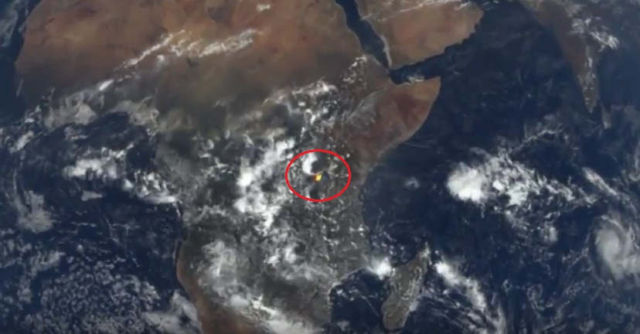 A NASA camera, one million miles from Earth, captured unexpected flashes of light reflecting off our planet.

NASA’s Earth Polychromatic Imaging Camera (EPIC) instrument aboard DSCOVR is taking almost-hourly images of the sunlit planet from its spot between Earth and the sun.

Investigating the flashes, Marshak and his colleagues found that similar reflections from our pale blue dot caught the attention of astronomer Carl Sagan in 1993. Sagan was looking at images taken by the Galileo spacecraft, which launched in 1989 to study Jupiter and its moons. During one if its gravitational-assist swings around Earth, Galileo turned its instruments on this planet and collected data. Sagan and his colleagues used that to test a key question: Whether spacecraft could detect signatures of life from afar.

Now a feature of the EPIC data helped confirm that the flashes were from a high altitude, not simply water on the ground. Two channels on the instrument are designed to measure the height of clouds, and when the scientists went to the data they found high cirrus clouds, 3 to 5 miles (5 to 8 kilometers) where the glints were located.

“The source of the flashes is definitely not on the ground. It’s definitely ice, and most likely solar reflection off of horizontally oriented particles,” Marshak said.

Detecting glints like this from much farther away than in this case could be used by other spacecraft to study exoplanets, he said. As an Earth scientist, however, Marshak is now investigating how common these horizontal ice particles are, and whether they’re common enough to have a measurable impact on how much sunlight passes through the atmosphere. If so, it’s a feature that could be incorporated into computer models of how much heat is reaching and leaving Earth.