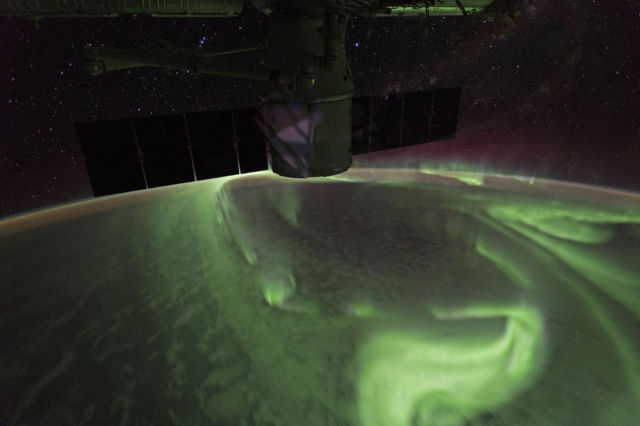 Southern Lights taken from the Space Station, as it was moving over the southern Indian Ocean towards the Great Australian Bight and Melbourne, Australia.

Auroras are created in the upper atmosphere when the solar wind (a stream of charged particles emitted by the Sun) interacts with the Earth’s protective magnetic field. Charged particles within the magnetosphere are accelerated down field lines toward the ionosphere, where they collide with different gases (particularly oxygen and nitrogen) and emit light as a reaction. Auroras often appear as neon green, purple, yellow, or red, depending on the gas molecules being excited. Green, for example, indicates collisions with oxygen.

Click here to see a video of the flight over the aurora.