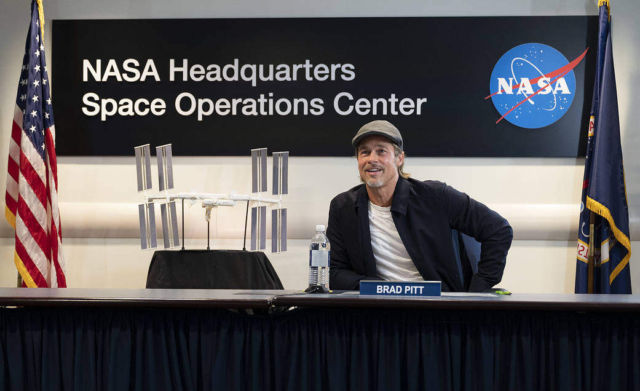 Pitt, who stars as an astronaut in his latest film Ad Astra, spoke with Hague about what it’s like to live and work aboard the orbiting laboratory.
Image Credit: NASA/Joel Kowsky

Pitt’s Earth-to-space call aired live on Monday, Sept. 16 on NASA Television, where Hague answered questions from the actor. For nearly 20 years, astronauts have continuously lived and work on the International Space Station, testing technologies, performing science and developing the skills needed to explore farther from Earth. 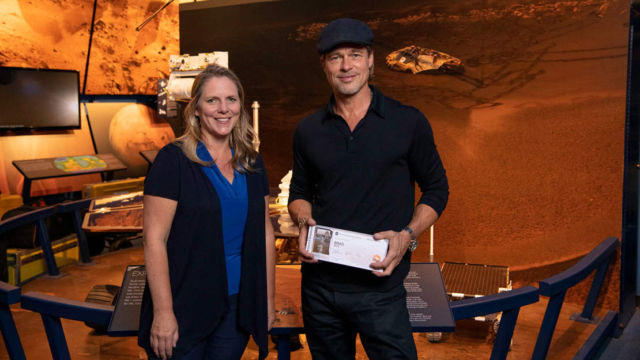