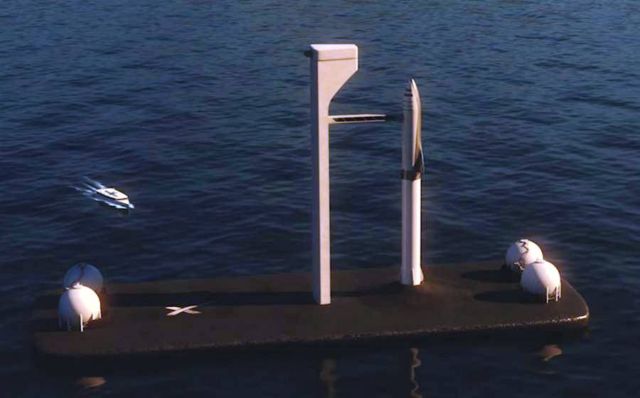 The BFR rocket will be capable of taking people from any city to any other city on Earth in under one hour.

A BFR would launch to space at a maximum speed of 18,000 miles per hour, landing back on a pad, making a trip from London to New York in 29 minutes. 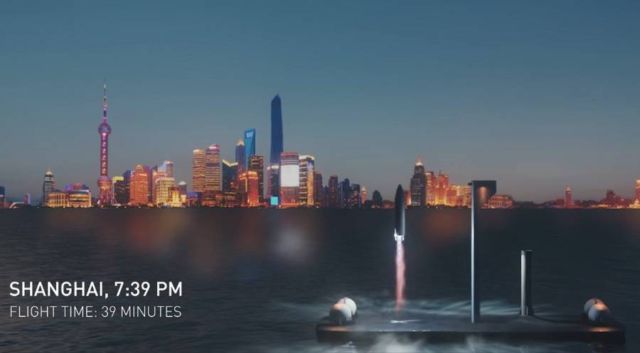 “Most of what people would consider to be long-distance trips would be completed in less than half an hour. Once you’re out of the atmosphere, it would be smooth as silk. No turbulence, nothing.” 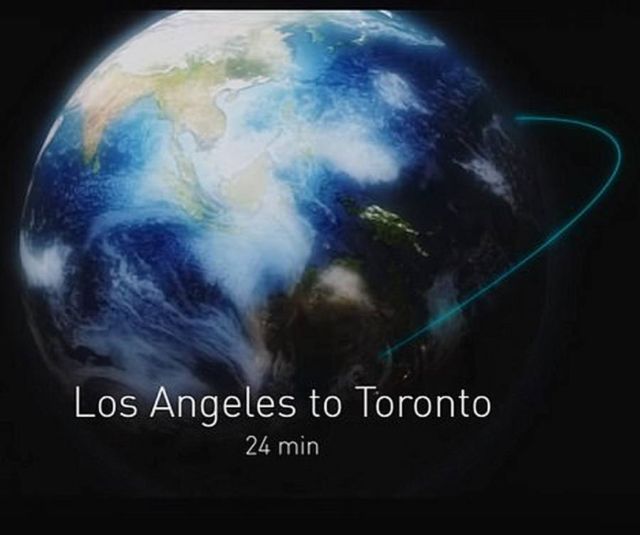 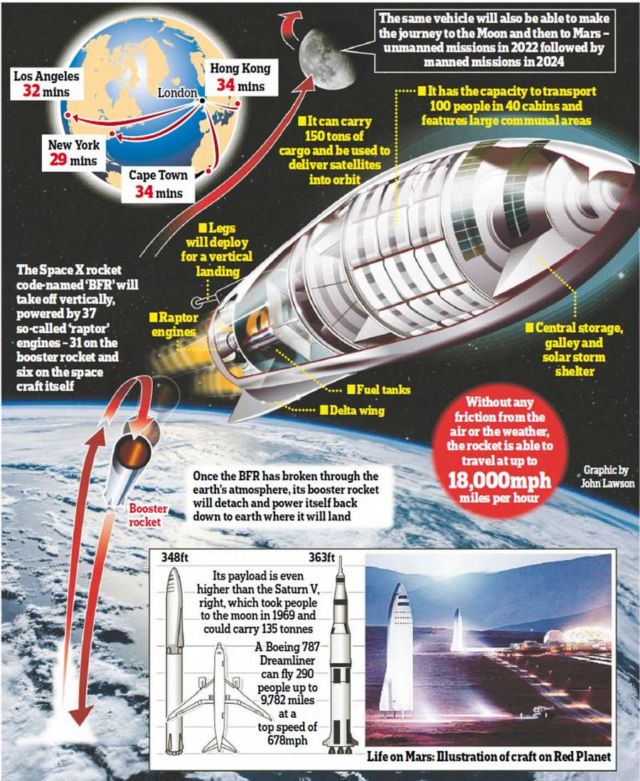